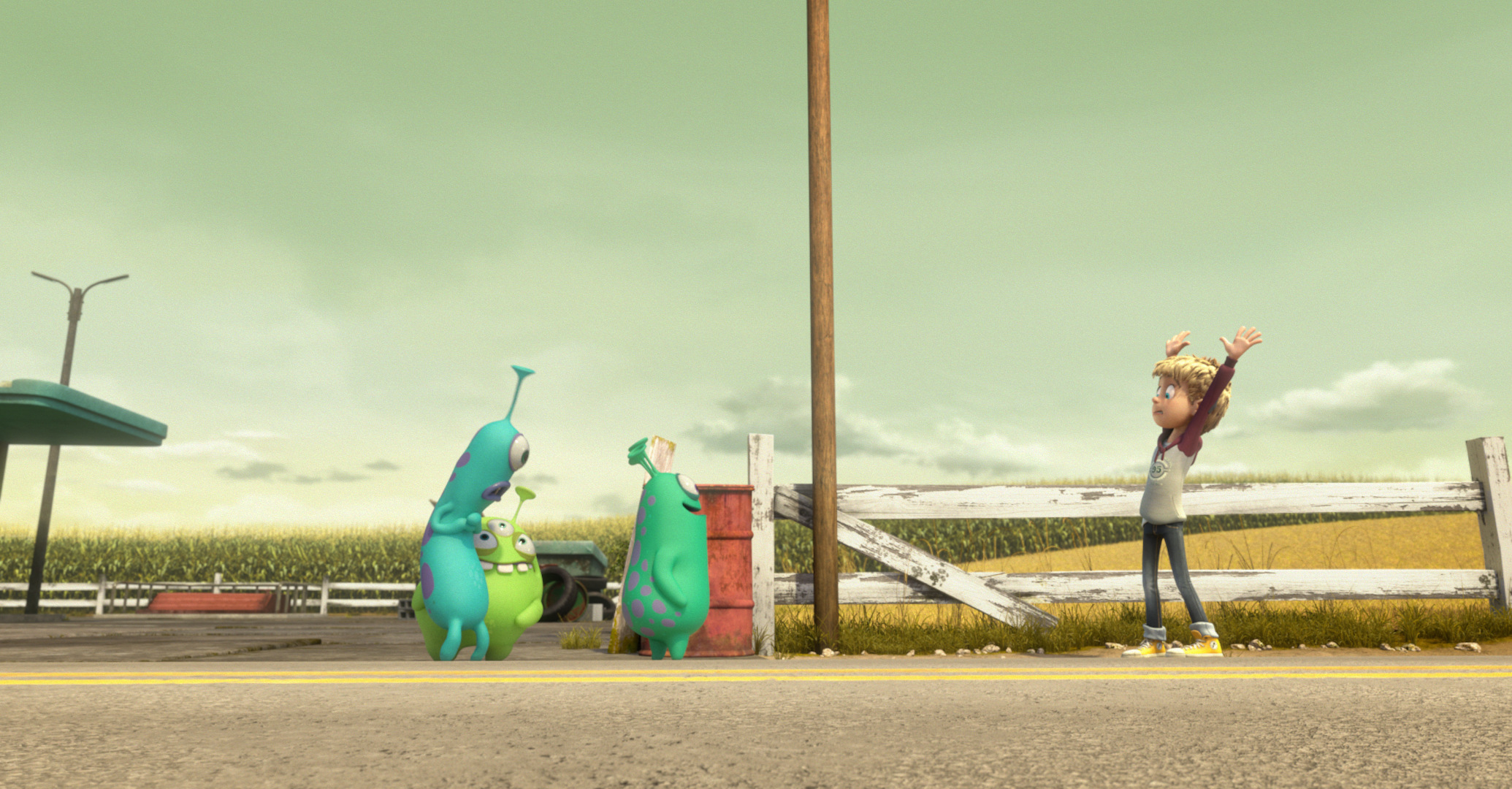 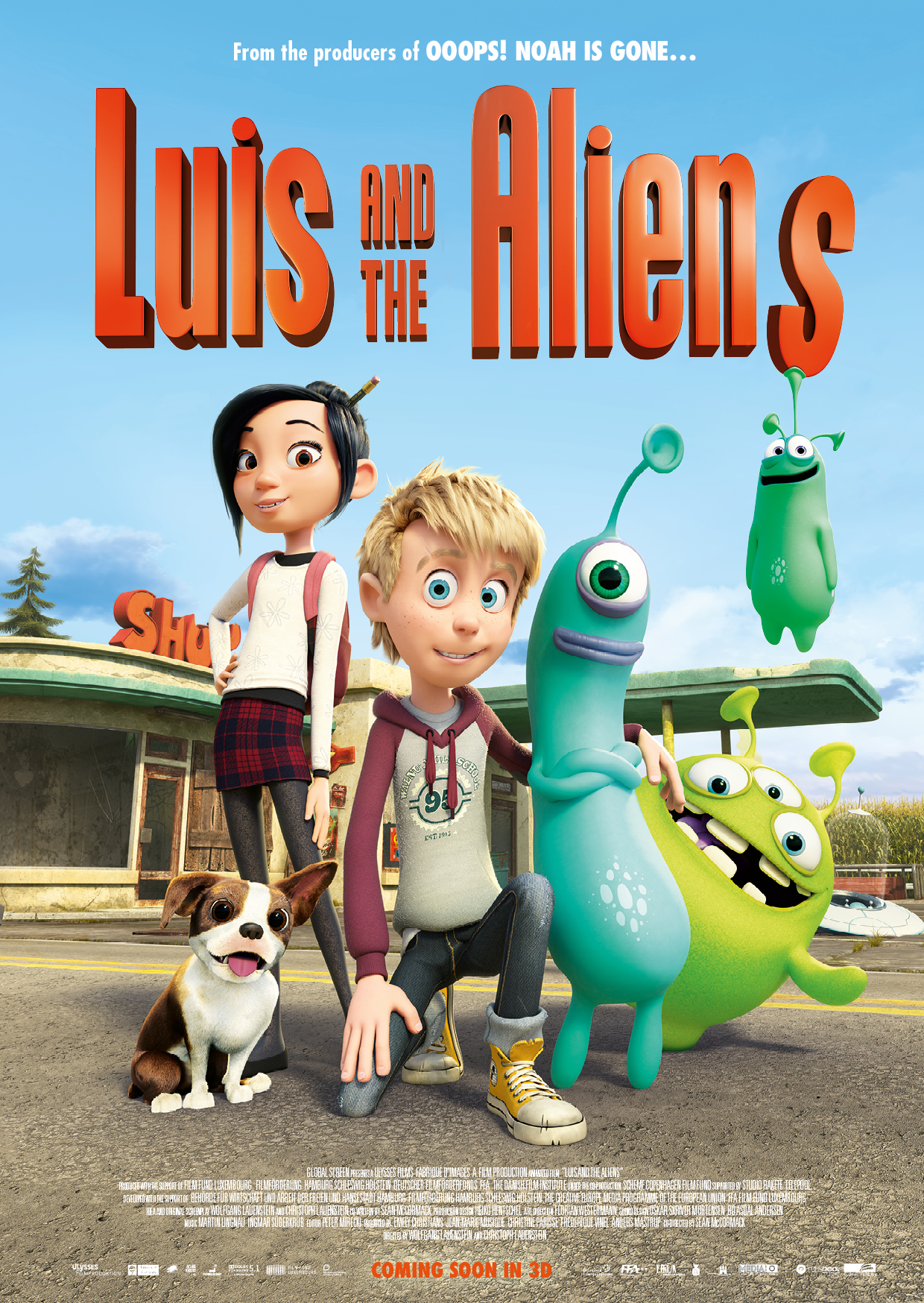 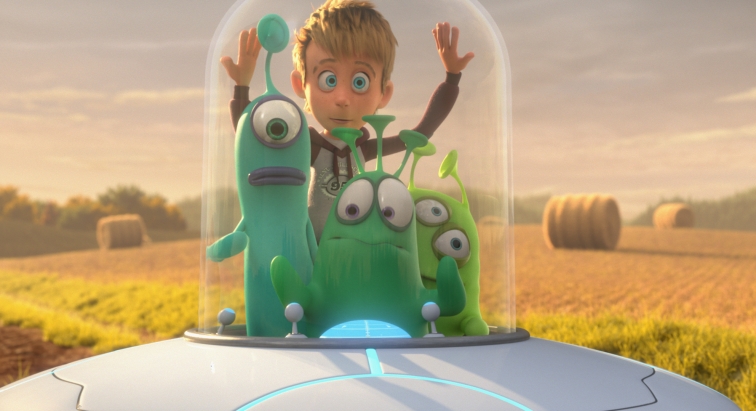 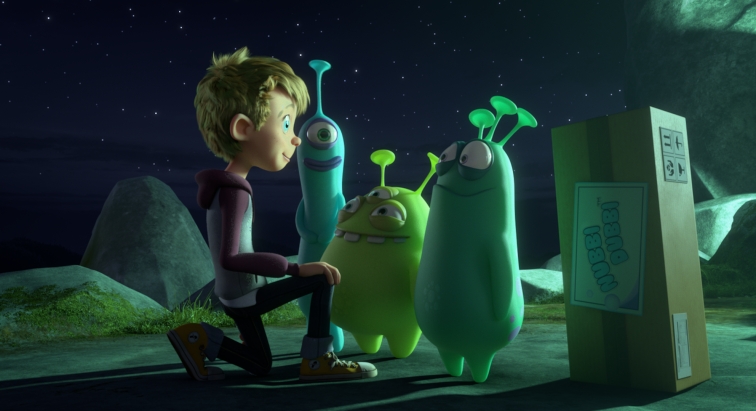 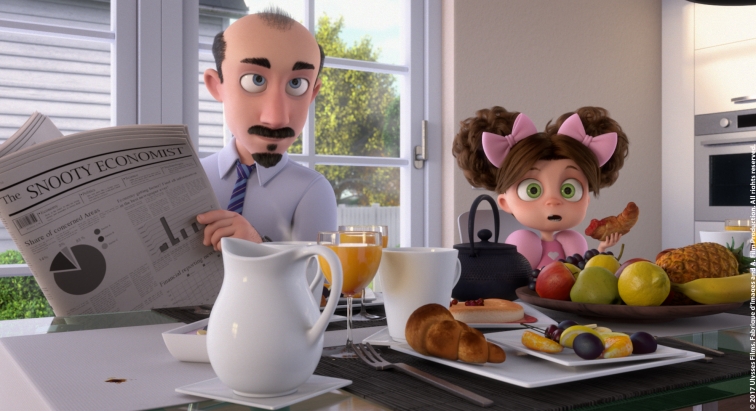 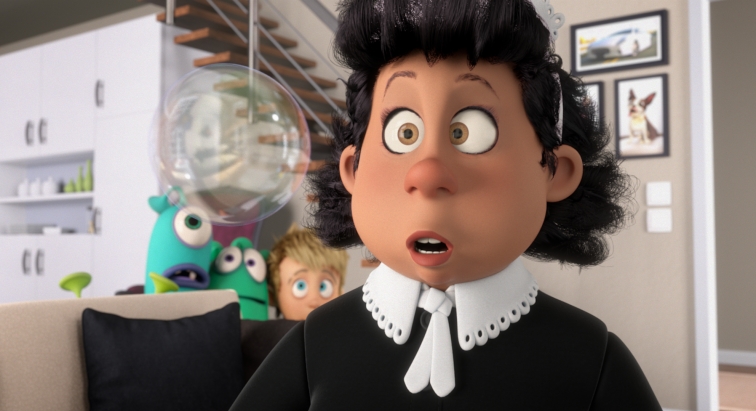 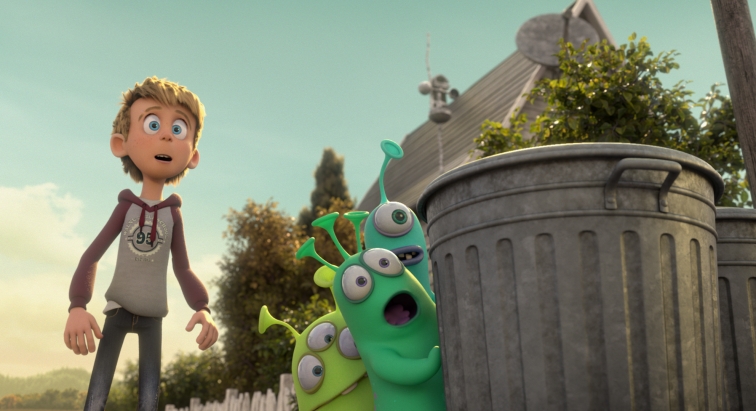 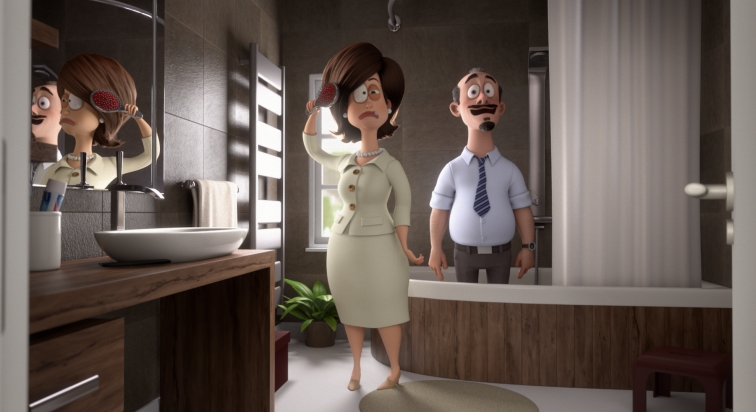 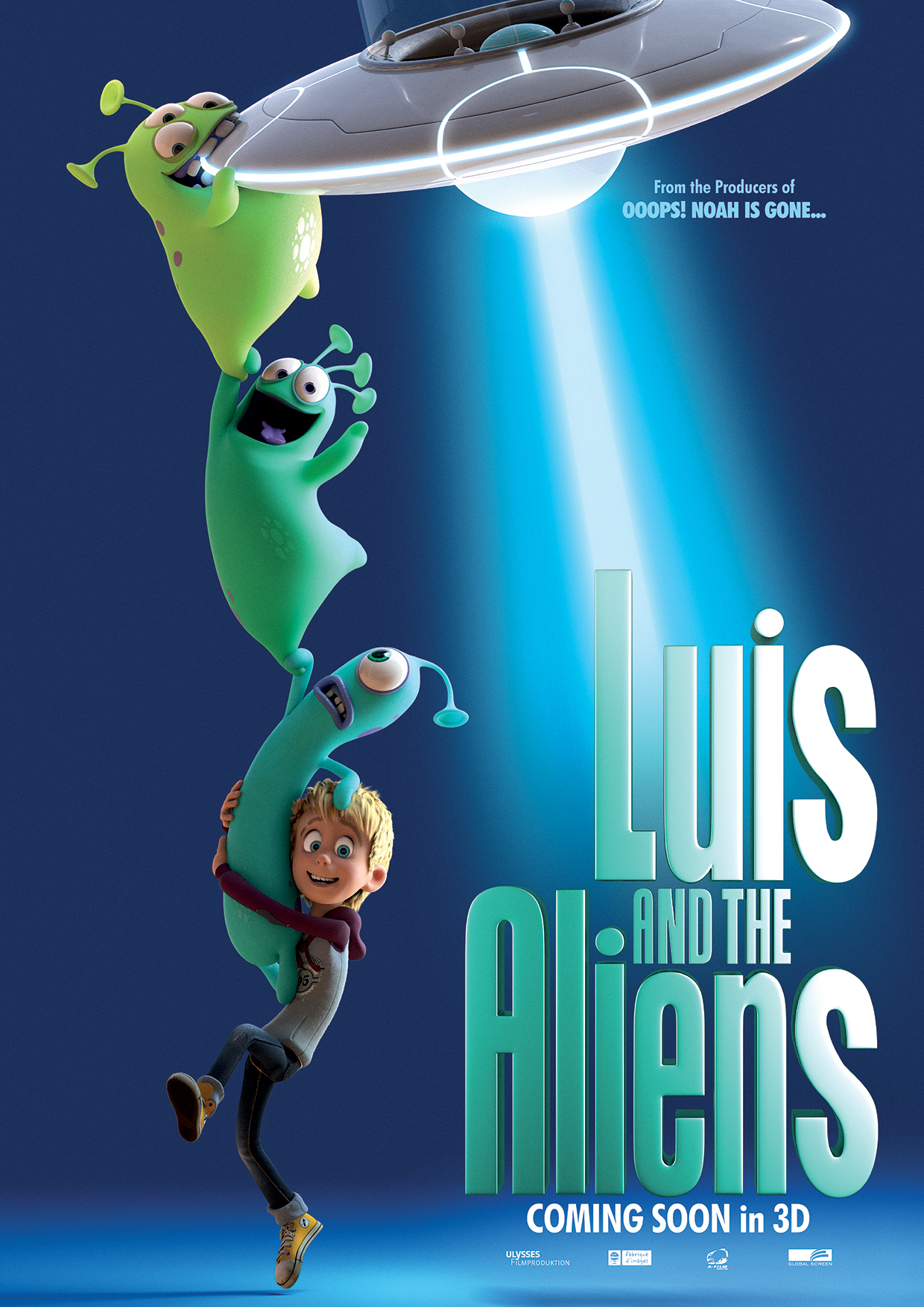 12-year-old Luis makes friends with three awkward little aliens who crash their little spaceship nearby Luis' house. In return for Luis' help finding the home shopping channel stuff they came for, they try to save Luis from boarding school - and a tumultuous adventure takes its course.

An extraordinary extraterrestrial animated feature film project from the producers of worldwide successes "Niko" and "Ooops! Noah is Gone?", written and directed by Academy Award® winners Wolfgang and Christoph Lauenstein, "Luis" is a turbulent adventure for the whole family, full of hair-raising mix-ups and surprising twists.

12-year-old Luis is often lonely. He doesn't have any friends and his father, the ufologist Armin Sonntag, doesn't have any time for him. He's obsessed with proving the existence of intelligent life in space, spends all night at his telescope and all day sleeping. The principal thinks Luis is neglected and should be sent to a home. Then three goofy aliens crash on Luis's doorstep: Mog, Nag and Wabo are in search of a massage mat they saw on earth's home shopping TV, the NubbiDubbi. Luis is thrilled, quickly befriends them and hides them from his dad, who is convinced aliens are dangerous and should be shock frosted at first sight. When boarding school director Miss Diekendaker shows up and wants to take Luis away, Luis and his alien friends have to come up with a plan to contact the mother ship and get the ETs rescued. Luis is even tempted to leave his home planet and go explore the galaxy with his cool new friends.

“Luis and the Aliens not only has a good story to show, but also a successful mixture of humor, sophisticated animation and family suitability to be found here. The adults have just as much fun with the interspersed gimmicks and covers as the young viewers have with the turbulent action sequences and the quirky little aliens.”
Cinetastic

"A breath of fresh air, in its creativity more than in its original subject matter, far from the familiar antics of a certain big-eared black mouse, this animated film is playful, funny, intelligently produced and opens the well-secured doors of UFOlogy for adults.”
Daily-movies

“In terms of animation, "Luis and the Aliens" can't keep up with the competition from Hollywood, but that is made up for with a lot of humor and ingenuity. Great entertainment for the whole family.”
Filmstarts 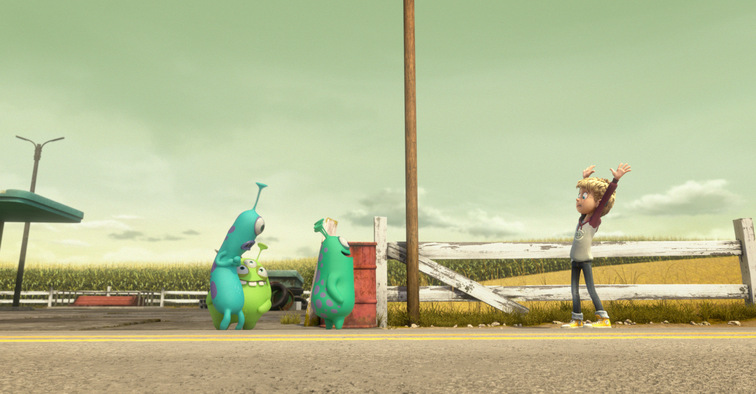 Global Screen has closed a major deal with Warner Bros. for LUIS AND THE ALIENS, produced by Ulysses...

Global Screen will soon be putting out the “sold out” sign for LUIS AND THE ALIENS after further dea...