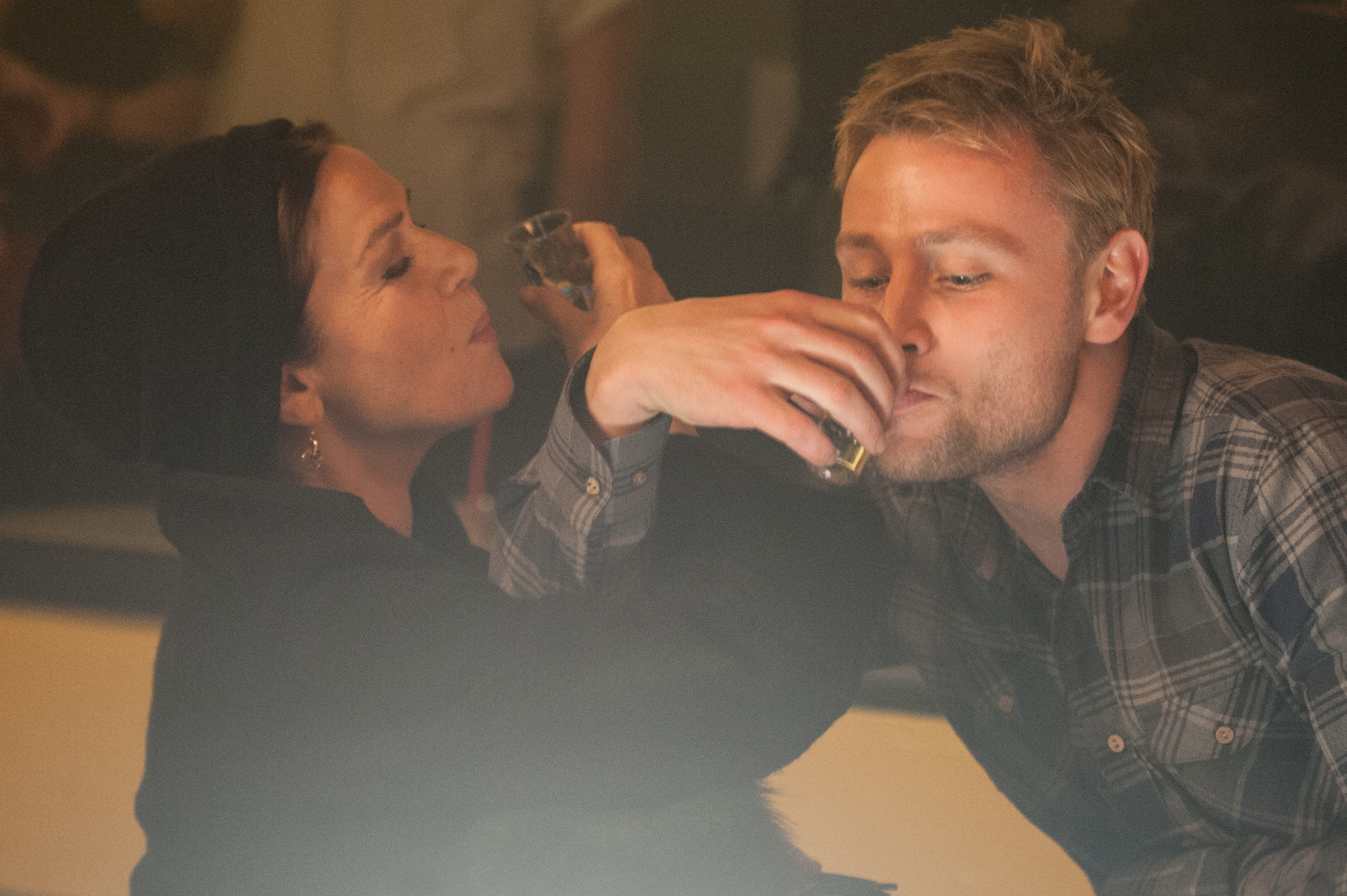 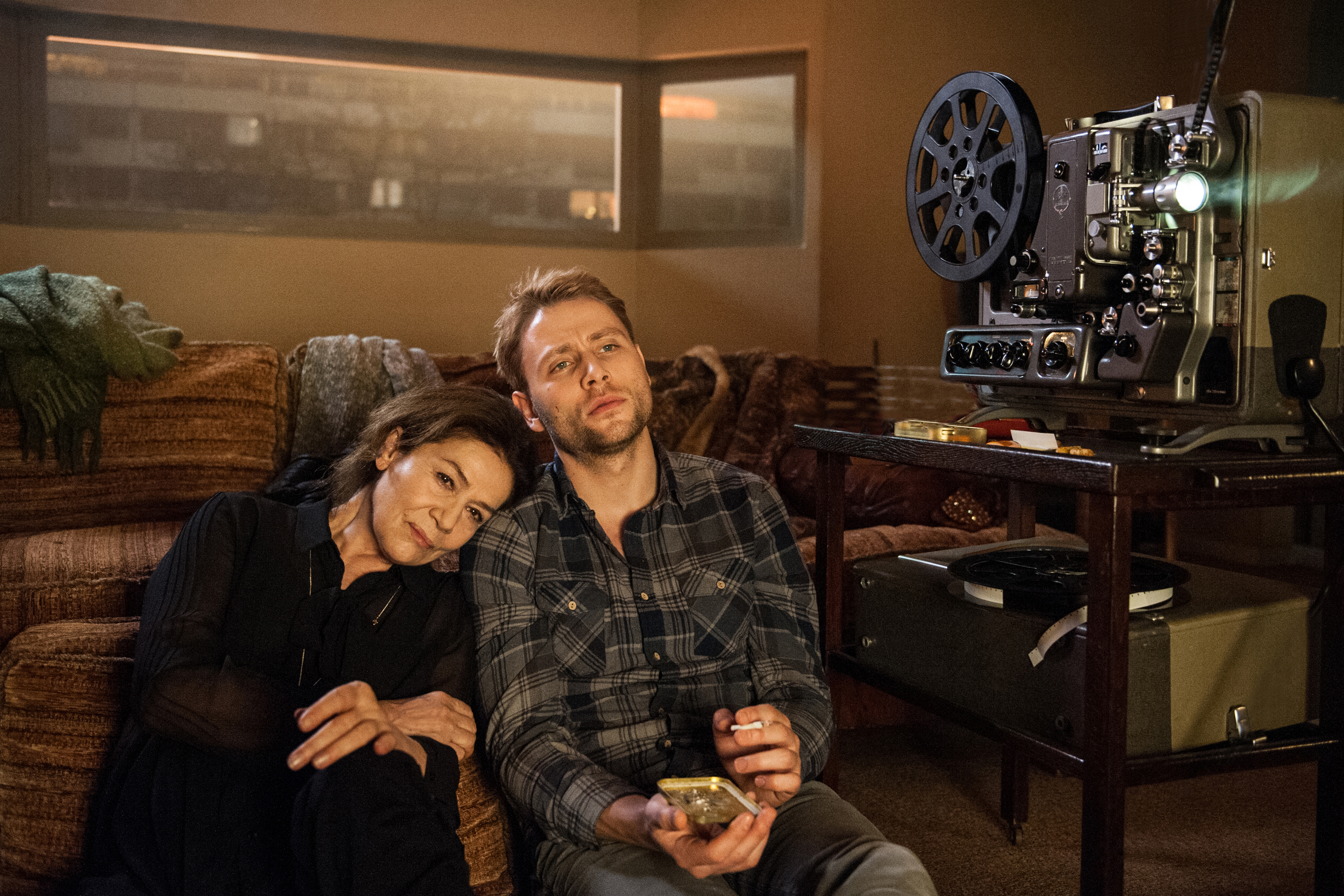 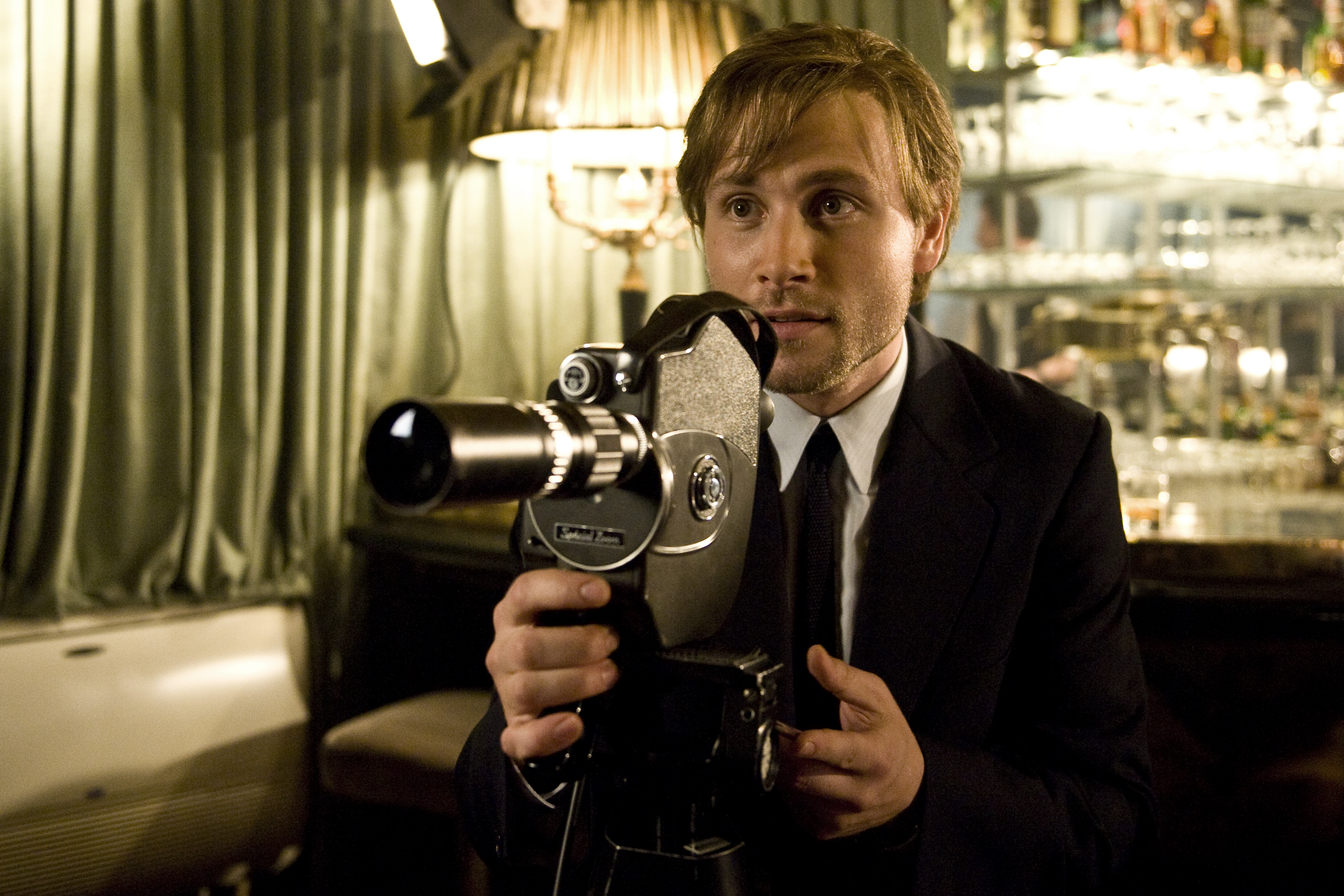 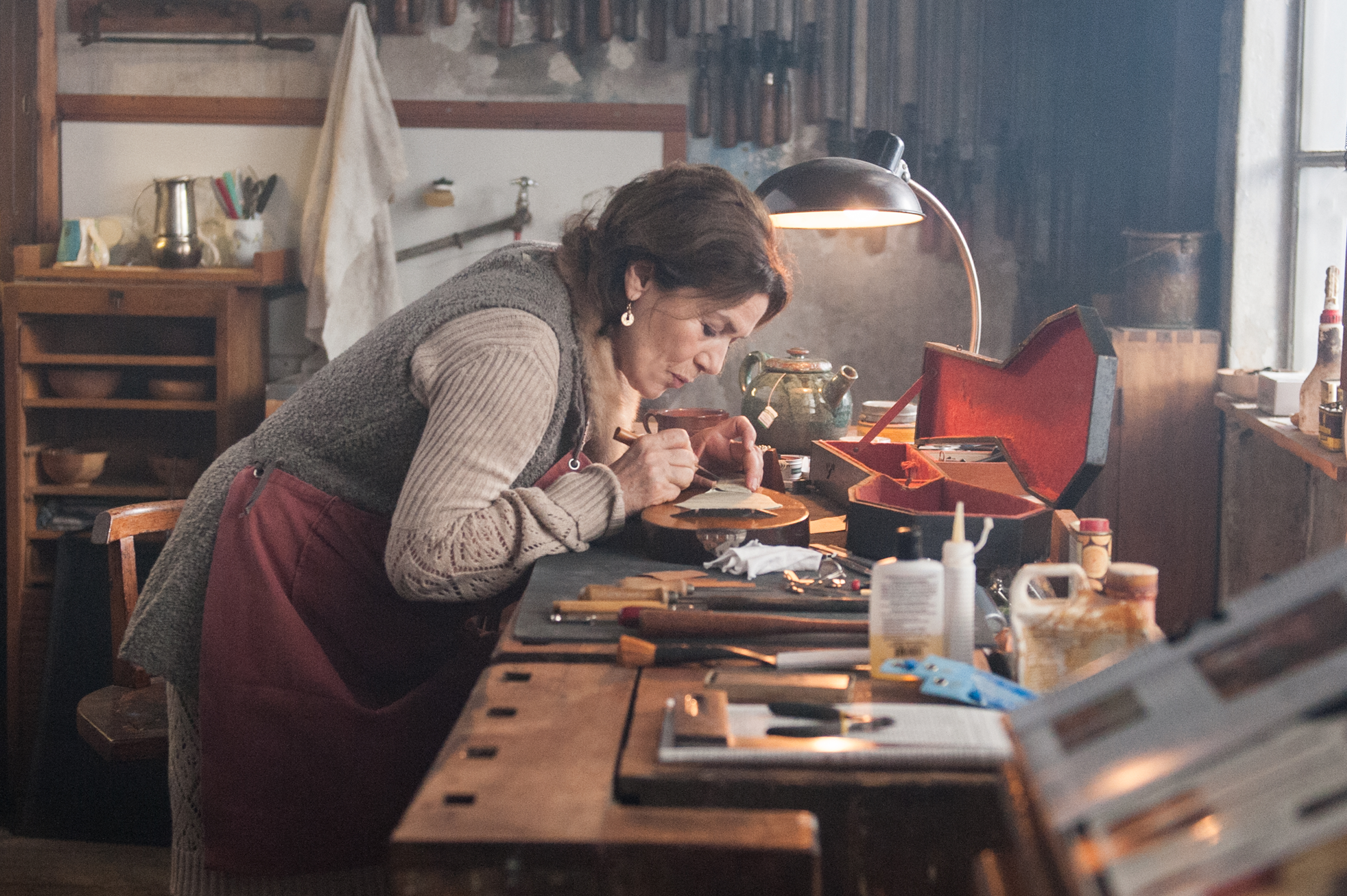 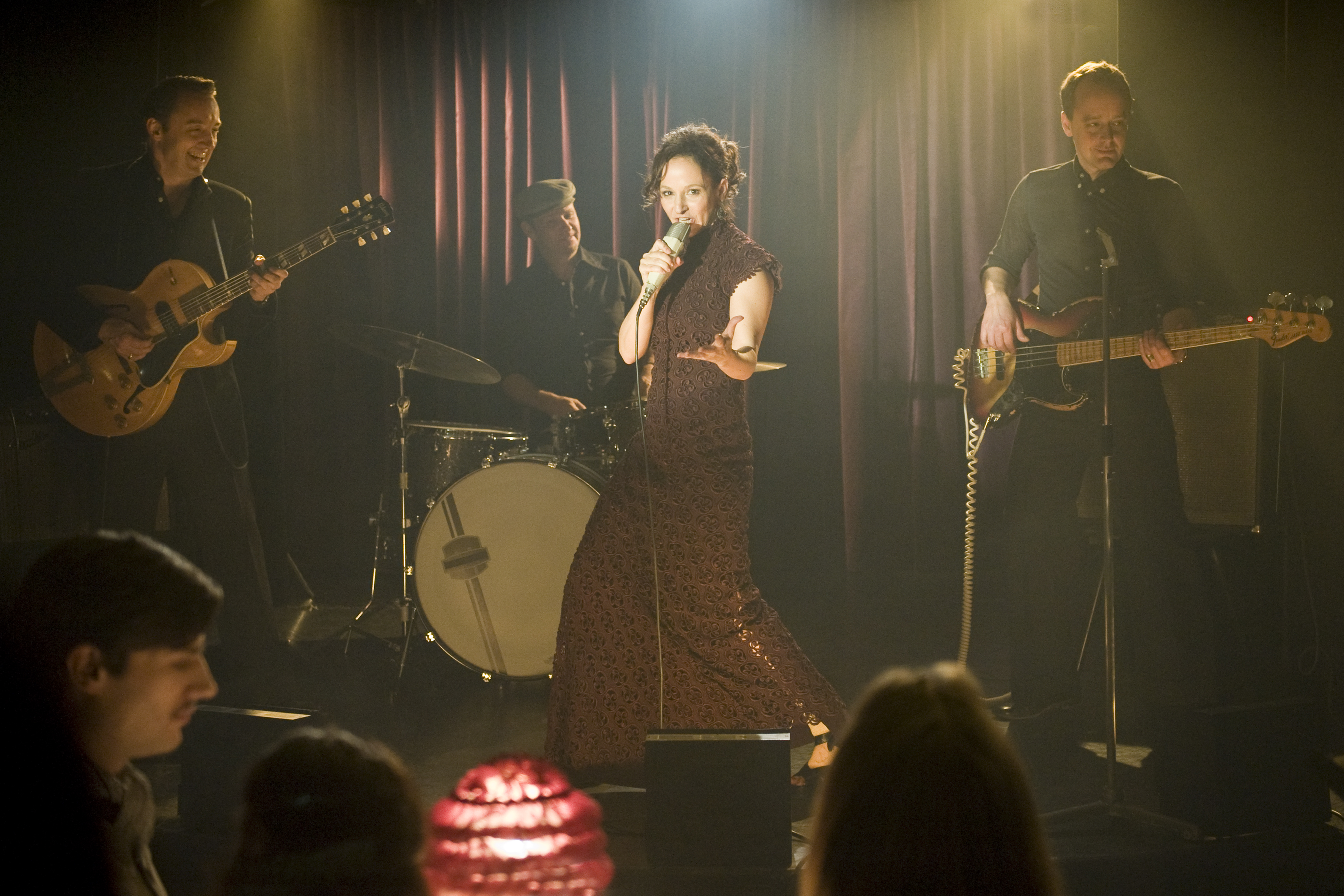 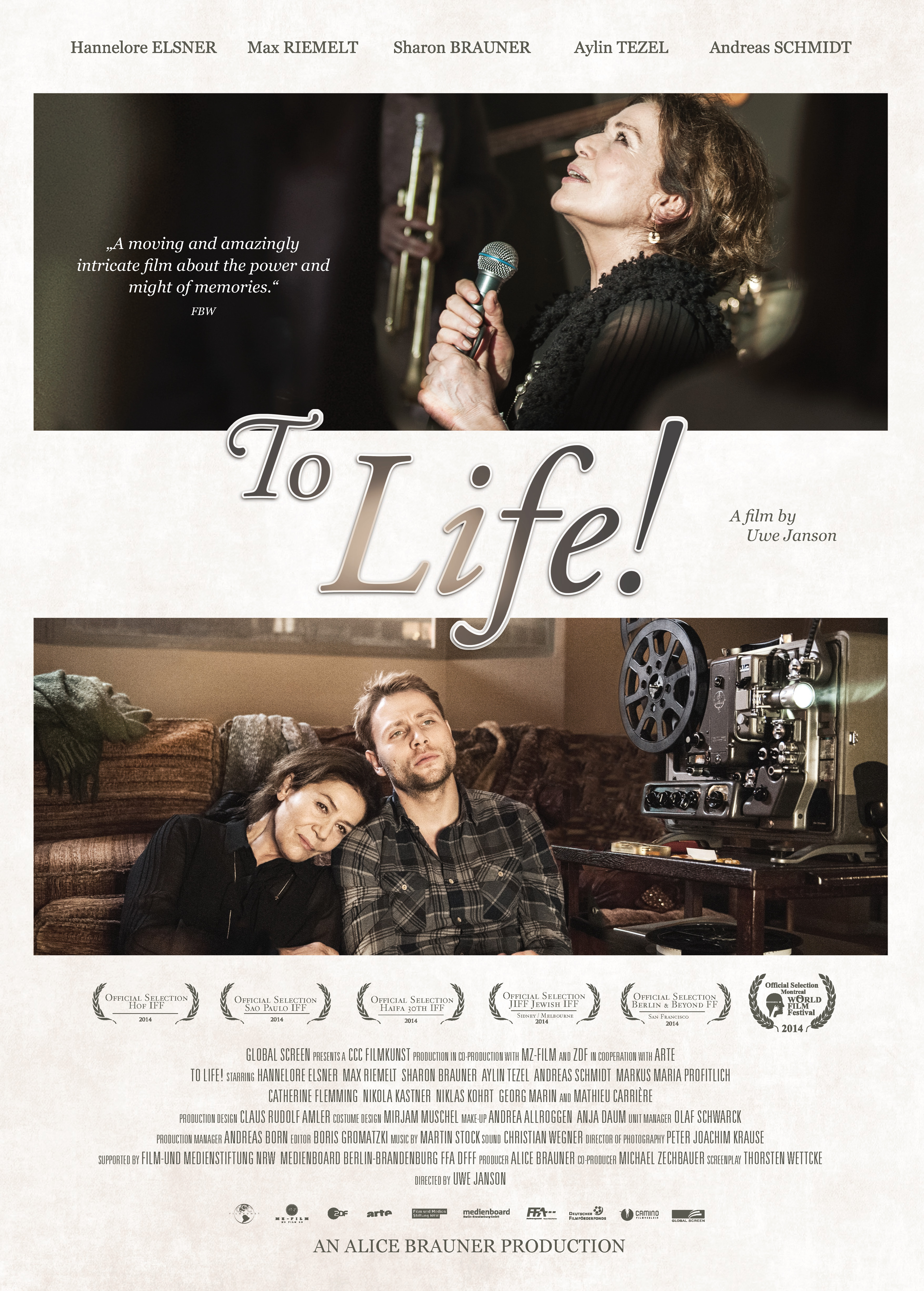 Fate has taken its toll on the ageing cabaret singer Ruth and the young but terminally ill Jonas. Yet despite their great age difference and their entirely opposite experiences in life, they form an intense bond and give each other a reason and purpose to live.

"To Life", which translates into Hebrew as "L'Chaim", is a popular Jewish toast that symbolizes the atmosphere of this film. In the subtle and always demure interplay between Hannelore Elsner, the grande dame of German cinema, and versatile young star Max Riemelt ("Sense 8", "The Wave", "Napola"), Uwe Janson weaves a tale that effortlessly shifts between World War II, the post-war generation and today. It features intensely moving renditions of Jewish music classics that have been re-recorded and newly interpreted for this film, and that suffuse the film with the palpable feel of a culture of defiance and life.

Jonas - a young man on the run - arrives in Berlin just in time to save Ruth's life. Evicted from her apartment, the sarcastic but warm-hearted Ruth - an ageing Jewish cabaret singer - saw no other way out than suicide. Jonas, meanwhile, is driven by a secret, and fleeing from his love and his future. As Ruth recovers, she and Jonas begin to form a deep bond. Age-old Jewish culture and music are brought into the light of day as she tells him the story of her own impossible, tragic love for a non-Jewish man in post-WWII Germany, a love burdened by the legacy of the horrors perpetrated by Nazi Germany. As Jonas discovers Ruth's past and takes part in her present, his attentions and the passionate, lusty Yiddish songs of her youth help her find the way back to life. And, upon learning of Jonas' incurable illness, it is she who will help Jonas find the strength to tackle his fears, to stop fleeing, and to forcefully propose "L'Chaim - To Life!" 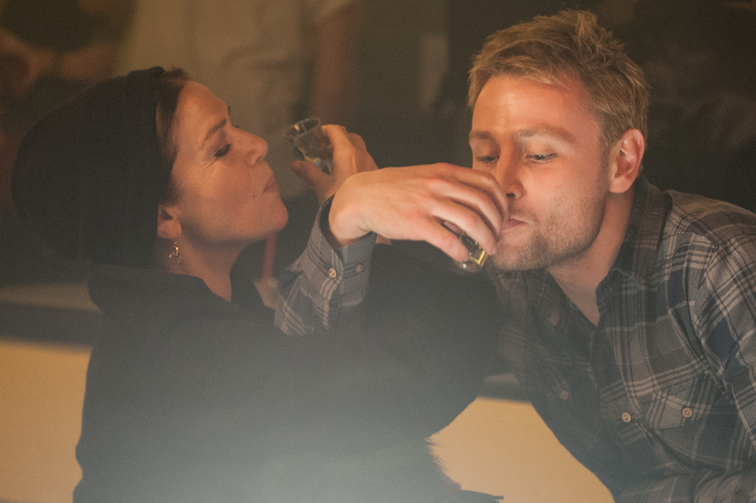 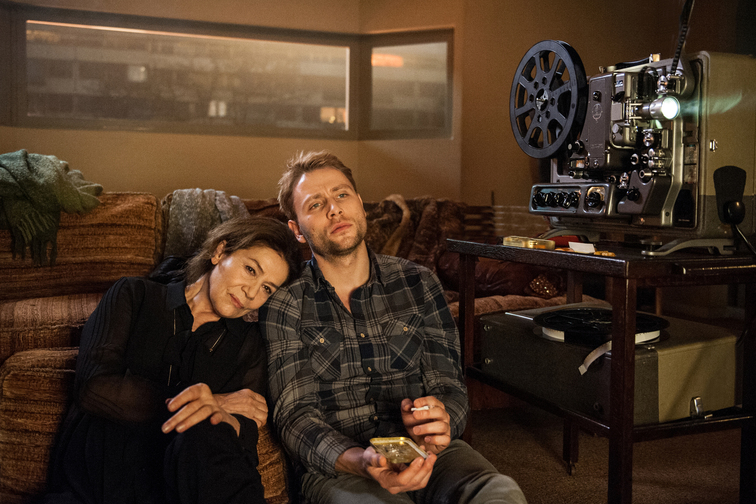 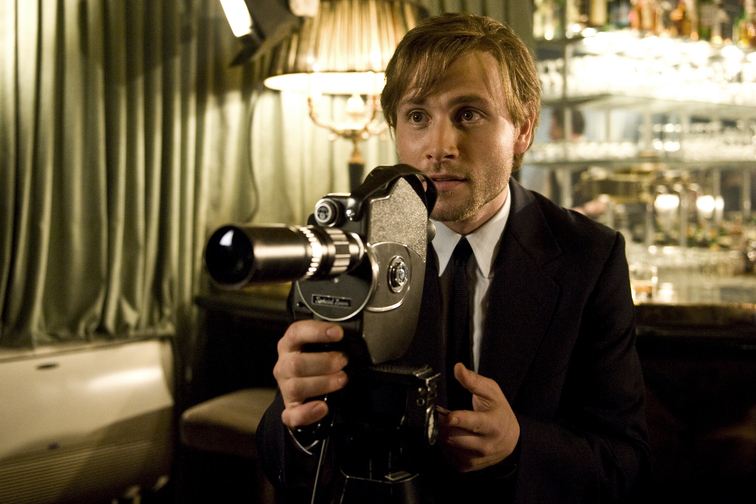 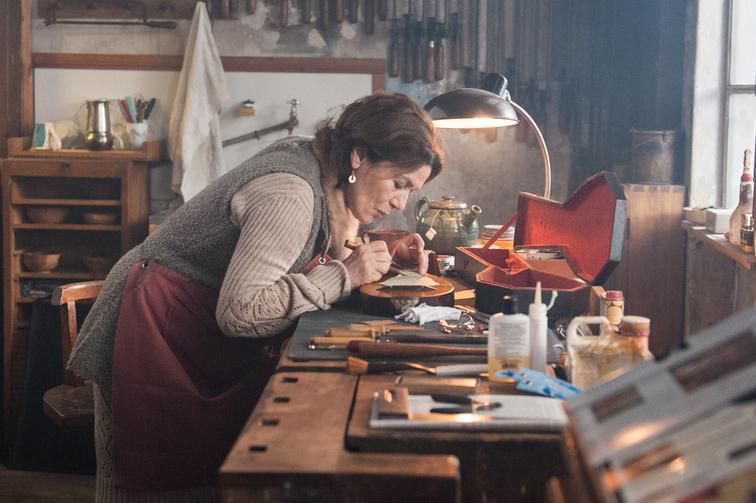 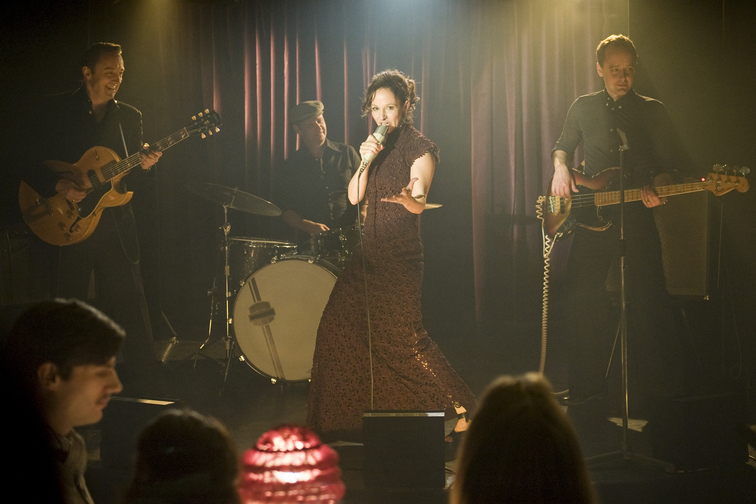 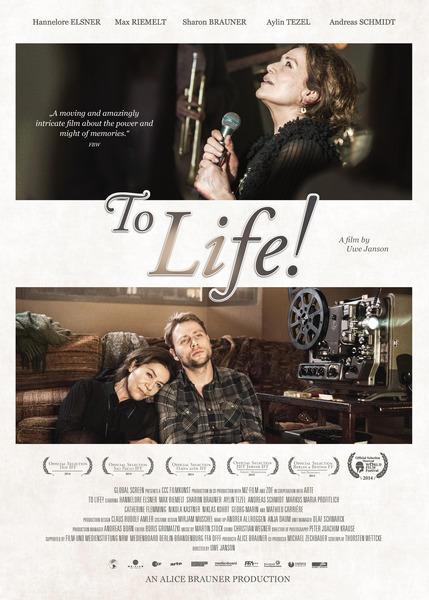