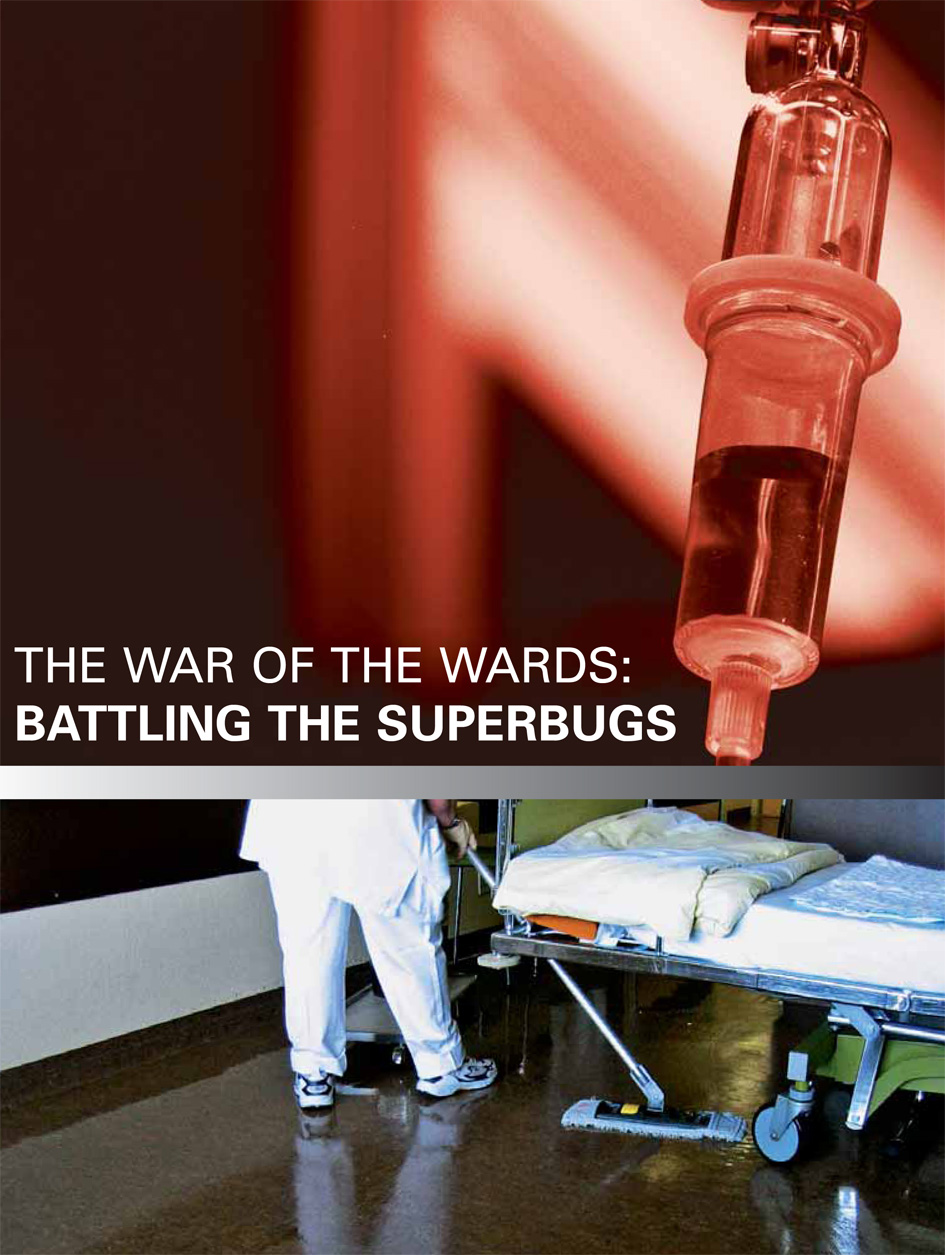 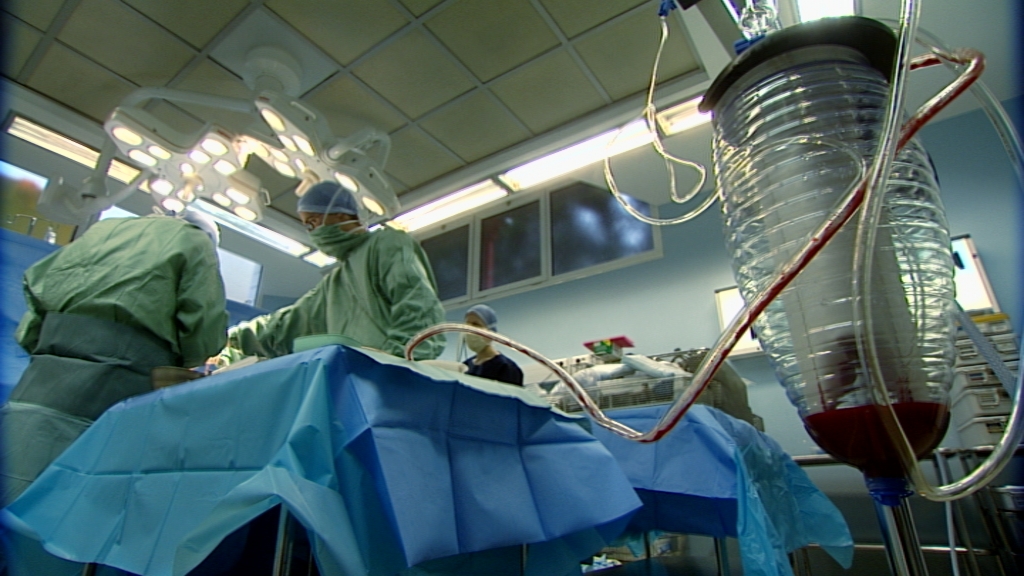 Normally we expect hospitals to make us healthy. But sometimes it's actually in hospital that we become really ill. The worldwide spread of new superbugs in hospitals is causing alarm among doctors. The most widespread and most dangerous of the hospital superbugs is MRSA (multi-resistant Staphylococcus aureus). This bacterium is resistant to current antibiotics and is becoming increasingly aggressive: the number of medicaments which can be deployed against it is falling year by year. MRSA can lead to serious wound infections, pneumonia, septicaemia and, not infrequently, death. Every year, around 50,000 people in Europe die from this killer germ.

Ever since penicillin was discovered, doctors have relied on antibiotics for effectively combating bacterial infections. But whenever a new antibiotic appears, it is followed just a few years later by resistant strains of bacteria. They are particularly widespread in countries where antibiotics are most frequently and generously administered. Wherever antibiotics are prescribed in a more sparing and targeted fashion, there are also fewer superbugs.

The highest risk of contracting a hospital superbug is during surgery - starting with the general anaesthetic, which requires a tube to be inserted into the patient's lung to prevent suffocation. The microbes can exploit any access route into the body, however small. Over the last 20 years, MRSA has steadily spread through the hospitals of Europe. In Germany alone, 15,000 patients become infected every year; in France, nearly twice as many.

The Netherlands is the only European country which has been able to reduce the spread of MRSA bacteria in hospitals to virtually nil. How have the Dutch achieved this? Firstly, they reacted quickly (back in the 80s) when MRSA started to become a problem throughout Europe. Secondly, they reacted rigorously: all patients at risk are isolated, in a room with low-pressure air-locks and stringent access controls. However, the microbiologist, Prof. Jan Kluytmans from the Amphia Hospital in Breda, doubts that the Dutch experience can be transferred elsewhere: "It is hard to compare the situation in neighbouring countries with that in the Netherlands. In Great Britain, for example, the hospitals are often very old and some-times very dirty. The structures are different, the nurses work differently, and there are fewer nursing staff per patient and more beds to a room. All this has to change, if MRSA is to be got under control - and throughout the country. If just one hospital does it and the others not, there'll always be problems. Everyone needs to pull in the same direction. A national strategy is necessary."
So far national strategies remain ineffective, not to mention international strategies.

The documentary filmmakers Valentin Thurn and Sabine Goette investigate just what is being done in European hospitals to prevent the spread of superbugs. They discover how the Dutch have dramatically reduced the number of MRSA infections. They show how new bacteria are spreading, against which all antibiotics are powerless. They ask what hope is offered by current research into vaccines; and how patients cope, who have caught one of the superbugs in hospital and will never get rid of it. 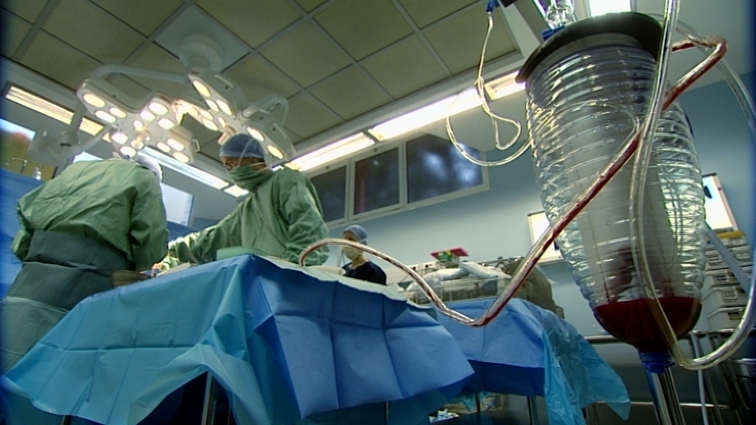 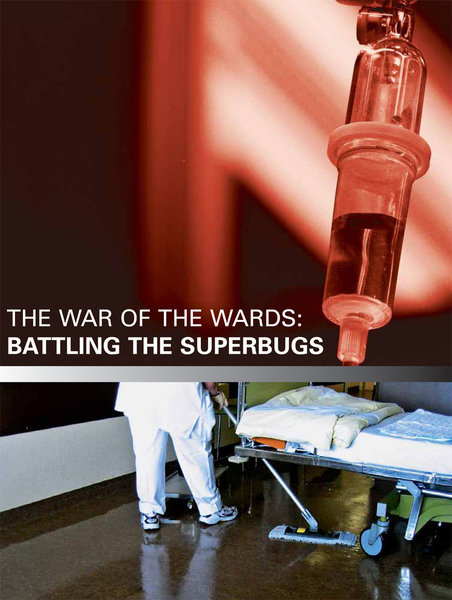