When the apple with Petronella's house inside is about to be harvested by the unsuspecting Paul, Petronella uses magic to save her home - but the spell goes terribly awry. It does not shrink the house but Paul, the twins’ father! The "miniature Dad" disappears into the thicket of the garden and an exciting hunt follows. When Petronella and the twins finally find Paul, he is stuck on a lily pad in the middle of the pond. By joining forces, the three manage to save Paul, and Petronella can reverse her shrinking spell and bring Paul back to normal size. While Paul tells his children about the craziest dream ever, Louis and Leah secretly grin at each other: If only he knew!

A magical garden full of fun creatures, two children and a chaotic apple witch – welcome to the adventurous world of Petronella Applewitch, heroine of a bestselling book series; and now at the centre of a beautifully animated series for kids aged 4-8.

Based on the bestselling novels by Sabine Städing and Sabine Büchner 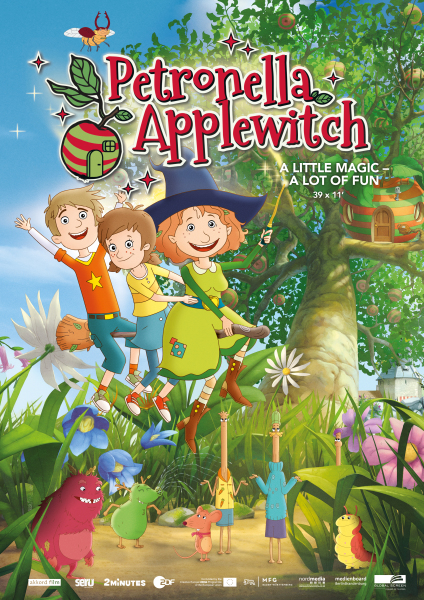