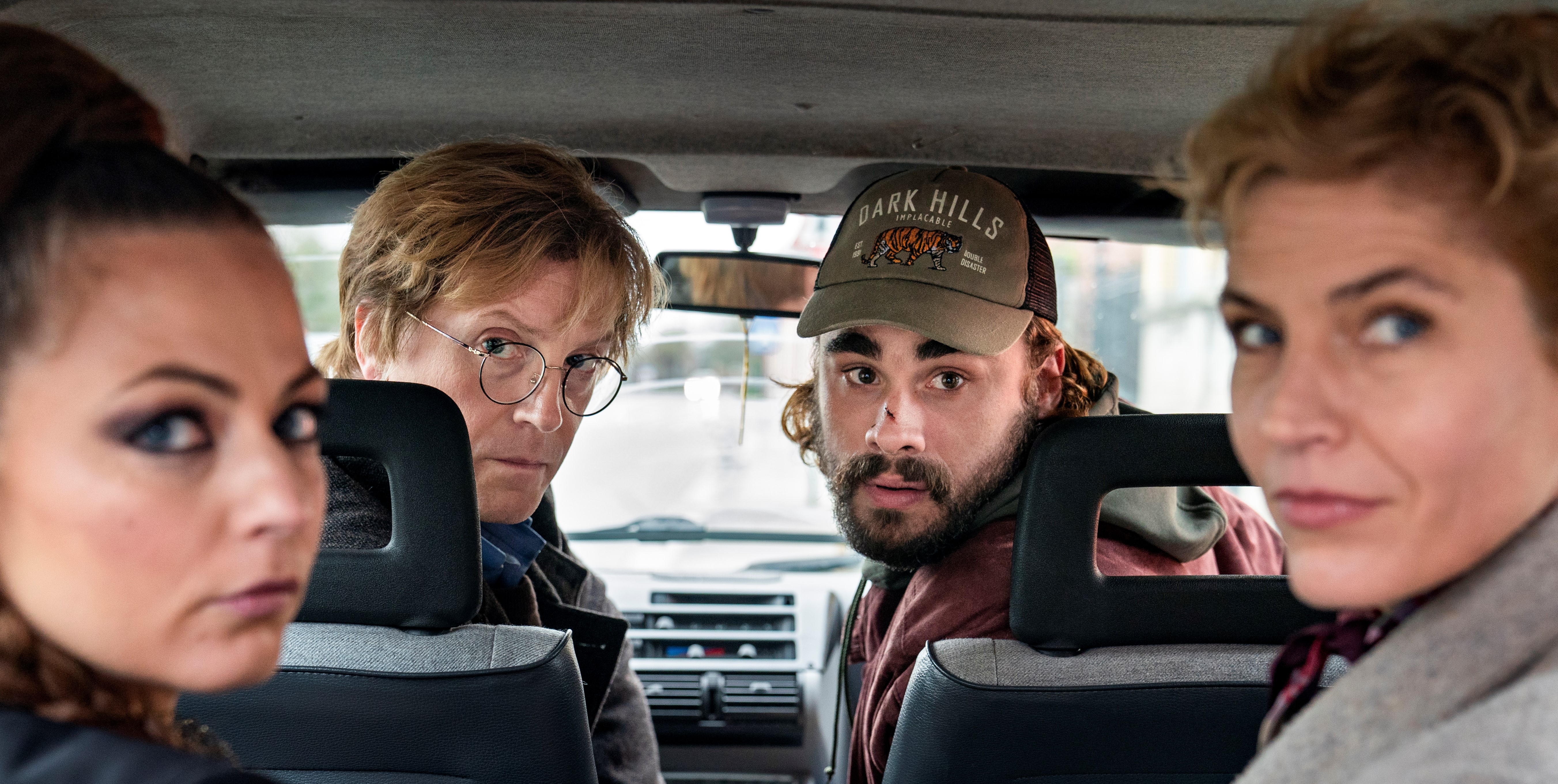 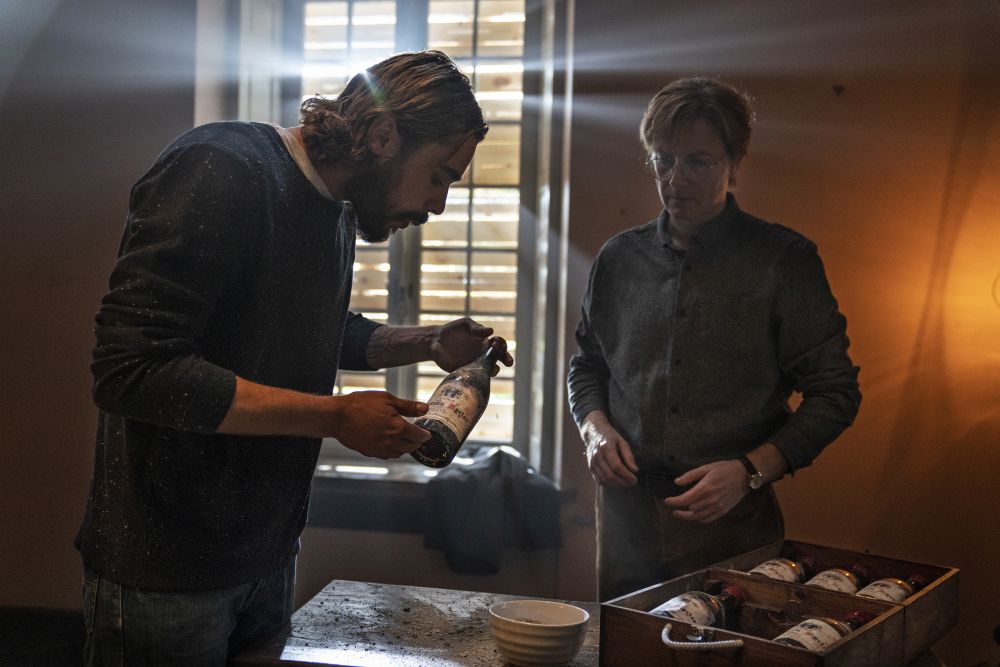 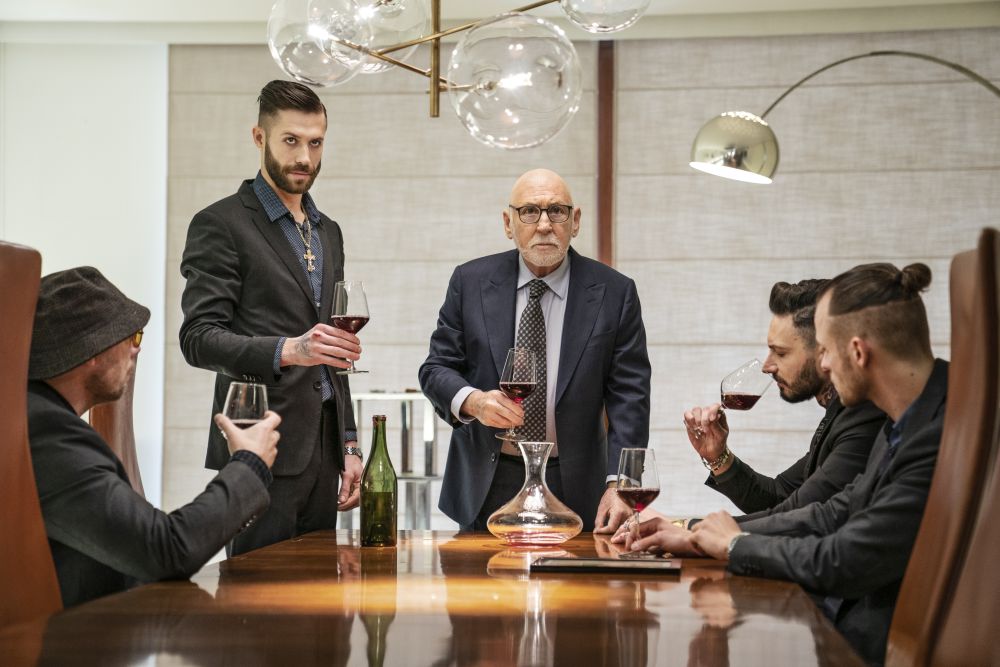 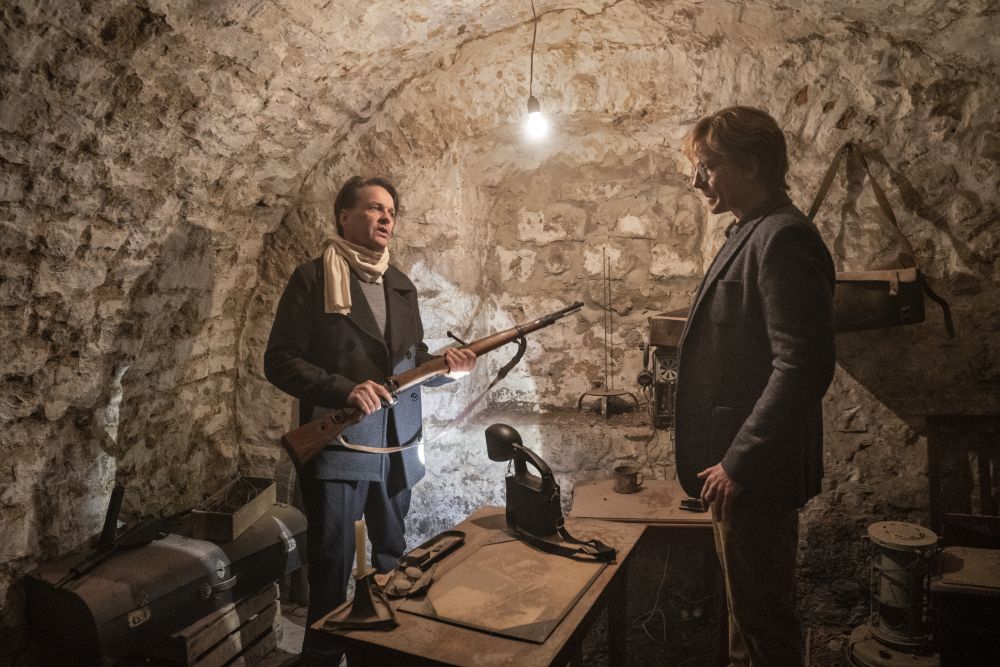 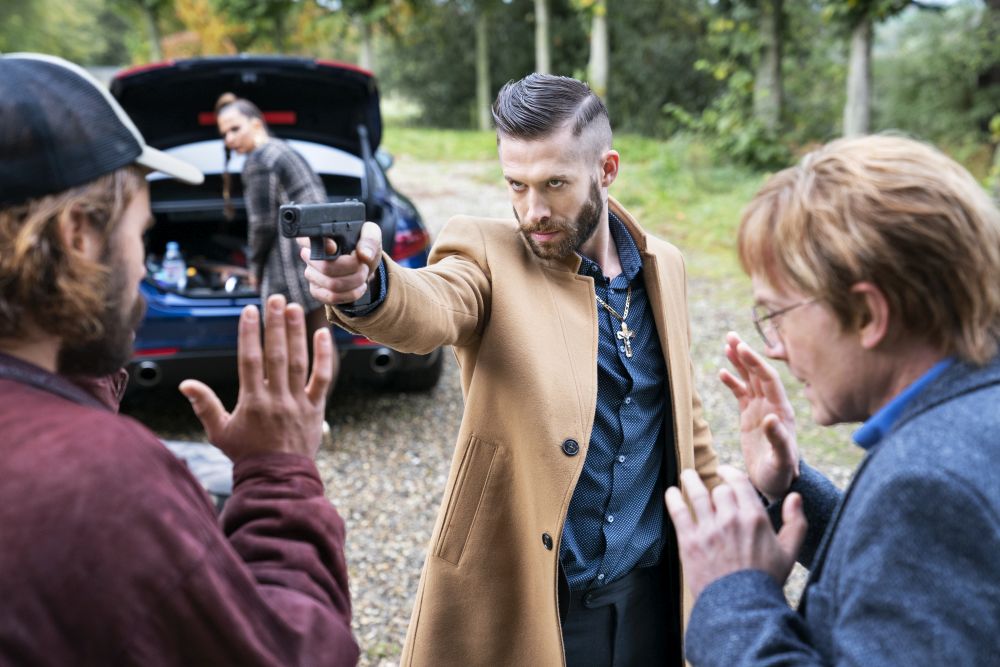 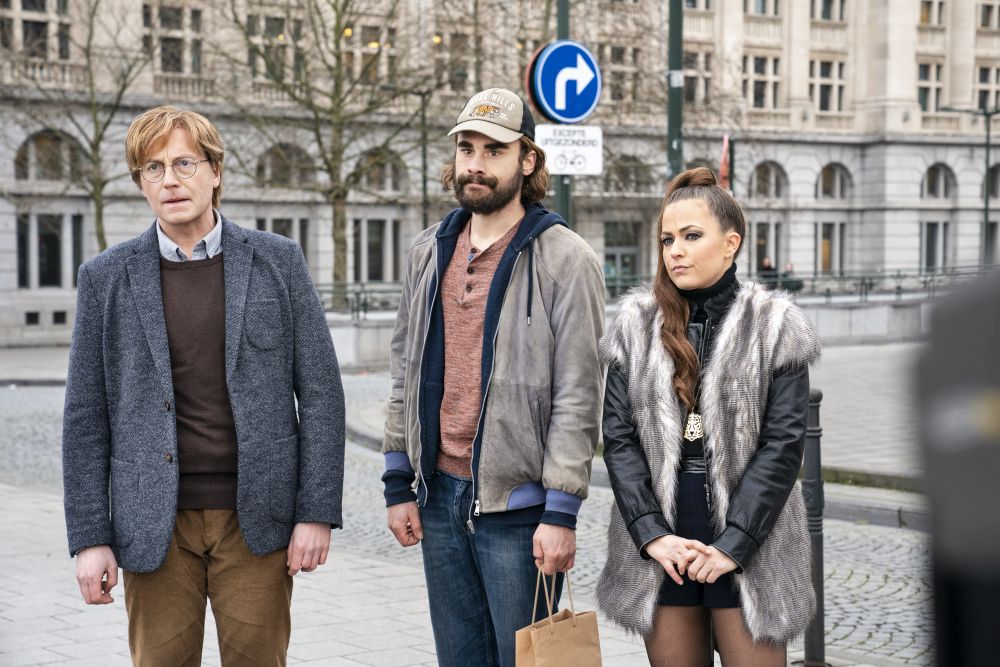 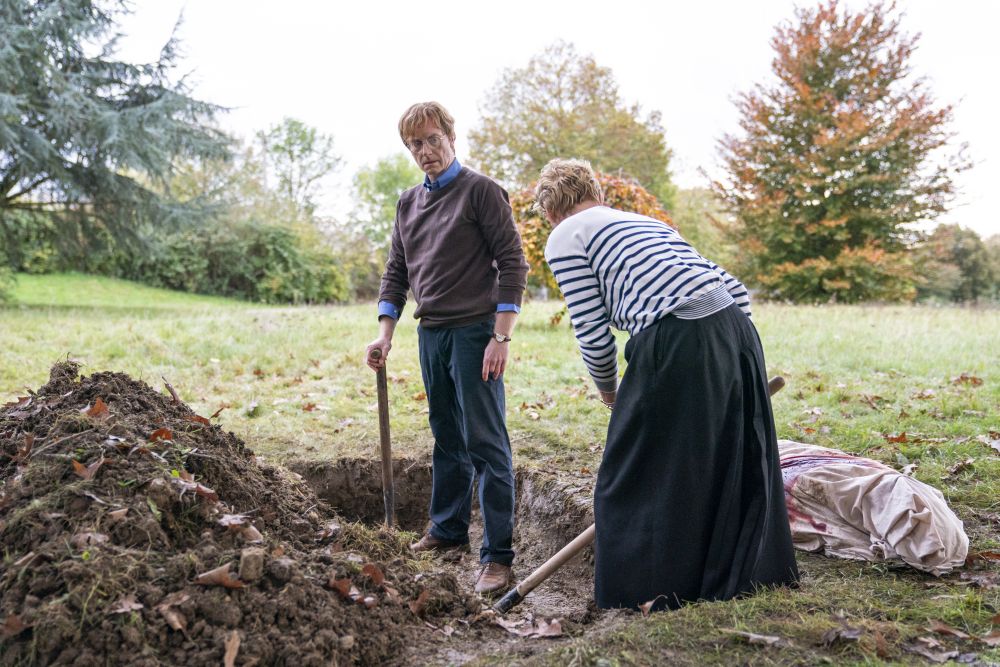 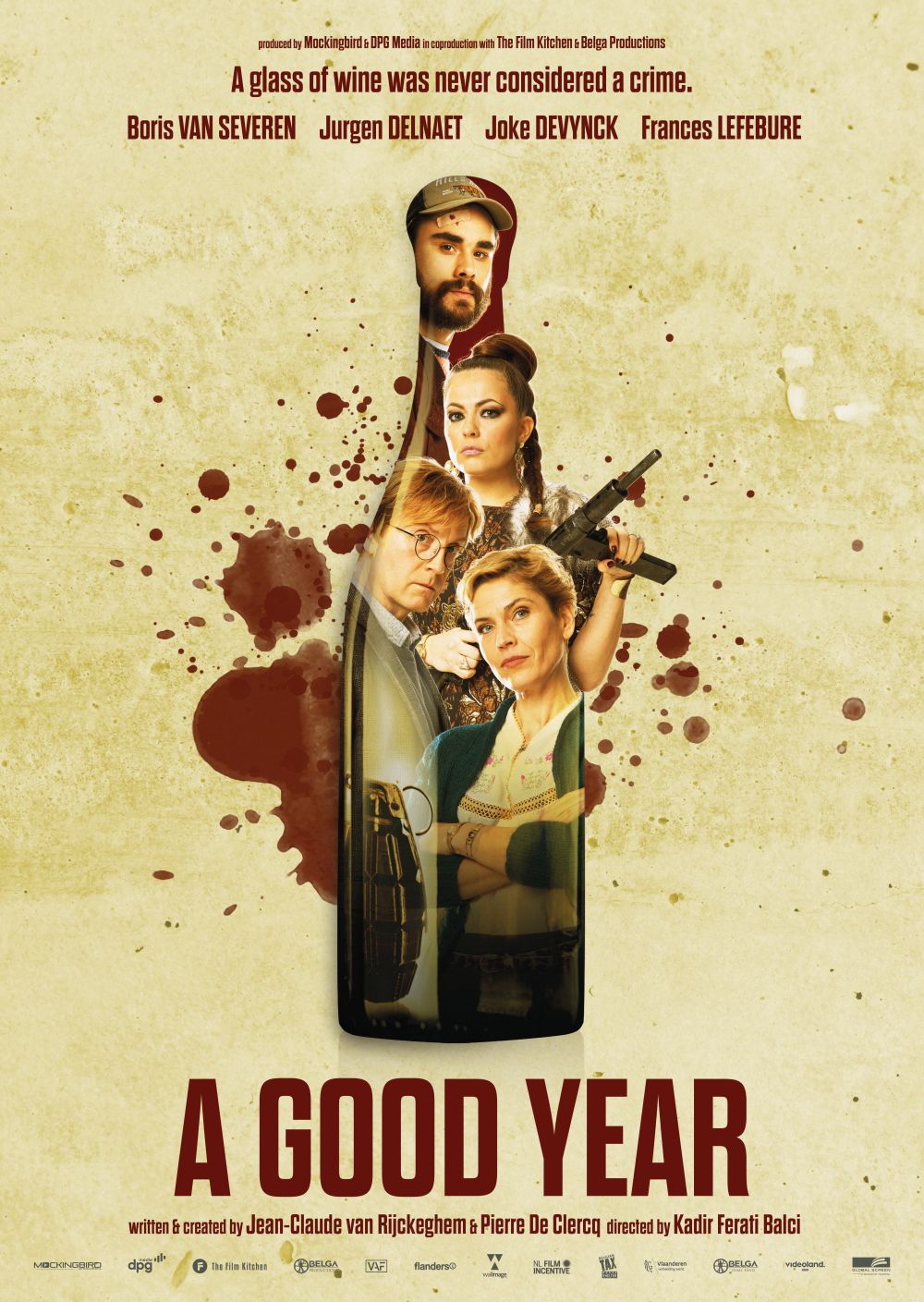 A disgraced engineer and a down-on-his-luck small-time crook hope to strike it rich by claiming to have found Hitler’s wine cellar. Their swindle spirals out of control…

Disgraced civil engineer ERIK (38) and small time criminal LENNY (28) hit the road to the Ardennes, where Erik has inherited a country house from his great-aunt. As he is unable to pay the inheritance tax, he has solicited Lenny’s help to break into the house and steal everything of value. But it seems that someone has beaten them to it. By accident, they discover a hidden cellar in which Erik’s great-uncle, a resistance leader, kept his supplies: guns, ammunition, a typewriter, stamps and stationery for forging documents. Erik explains that in 1940, Hitler had his HQ, known as Hitler’s Shelter, in nearby Brûly-de-Pesche to oversee the invasion of France. The cellar also contains bottles of a 1937 Château Rycler. While downing one of the bottles the well-oiled men cook up an idea: Hitler’s Shelter + the stuff in the cellar = a way to make money. Their new business idea soon comes to life with the help of canny art historian JUDITH (35), an antiquarian’s assistant from Brussels. She is better at making the forgeries that ‘prove’ the wine belonged to Hitler and she thinks there is quite a bit more cash to be made from selling Hitler’s wine. The threesome sells their first bottle to DUCO, a tough guy who is looking for an exclusive gift for his future father-in-law, Antwerp crime lord MICHEL. Duco’s erratic fiancée ROSY (22) however discovers the counterfeit. As she wants to escape the clutches of her violent fiancée and her domineering father, she becomes the fourth member of the gang. Soon enough, the bottles from Hitler’s wine cellar find generous buyers. But the whole racket comes with strings attached. The wine formerly (allegedly) owned by the most evil of men mysteriously brings disaster to all the shady characters that buy it and soon enough, the four amateur counterfeiters find themselves completely out of their depth. 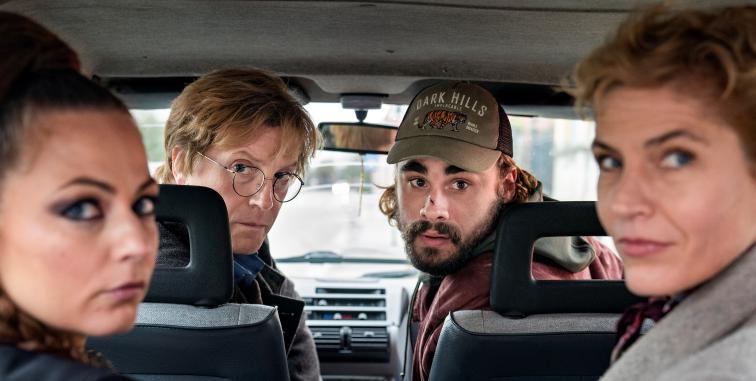 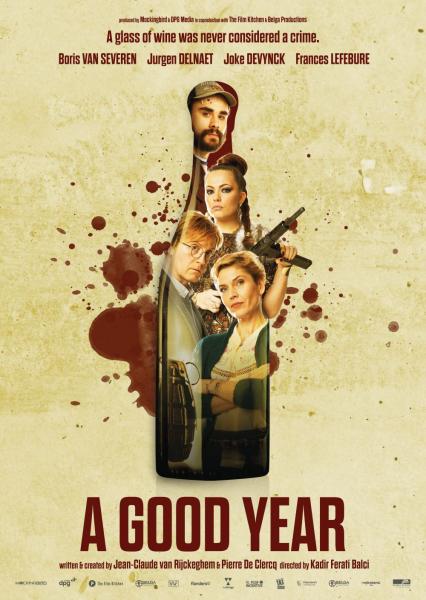