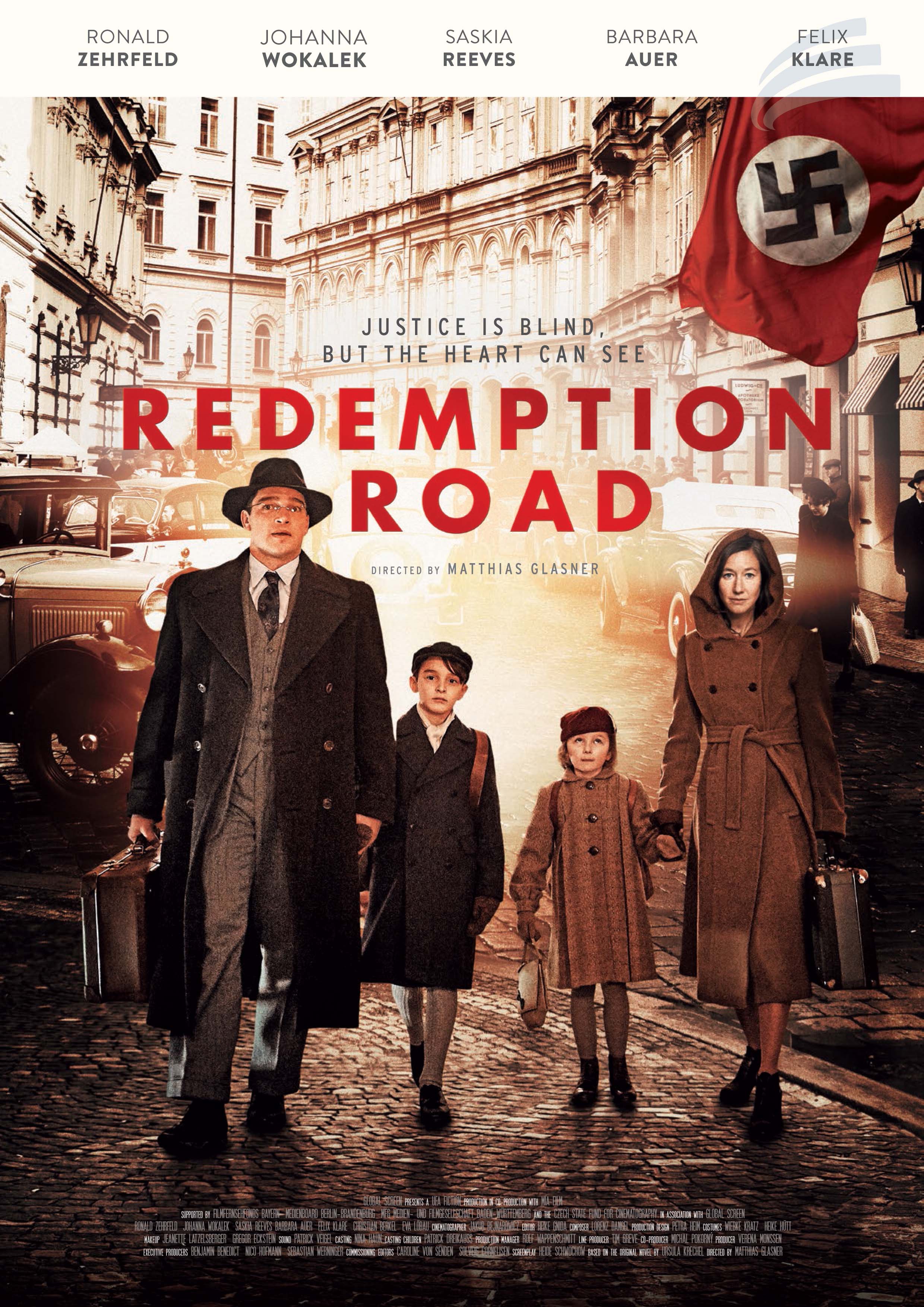 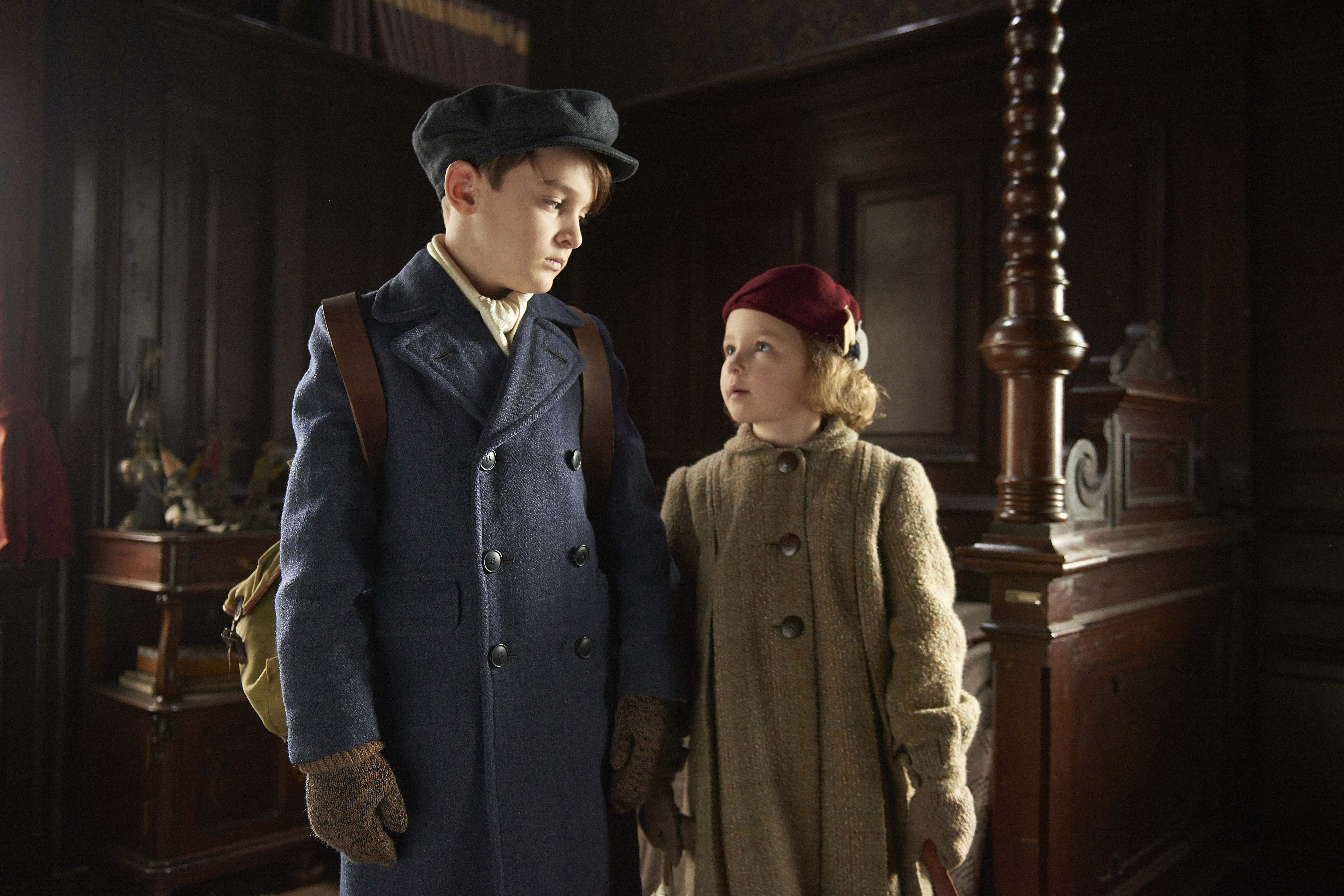 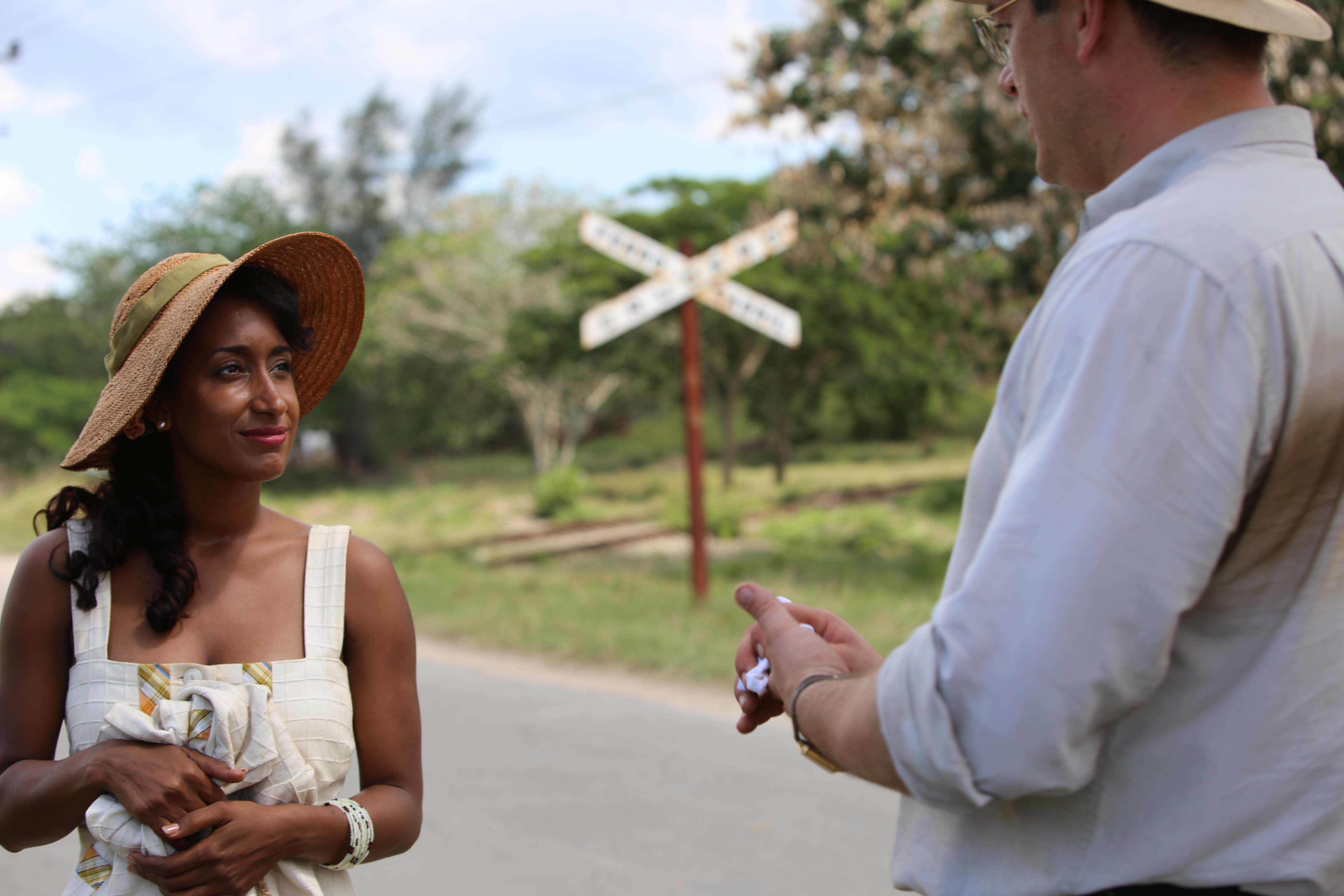 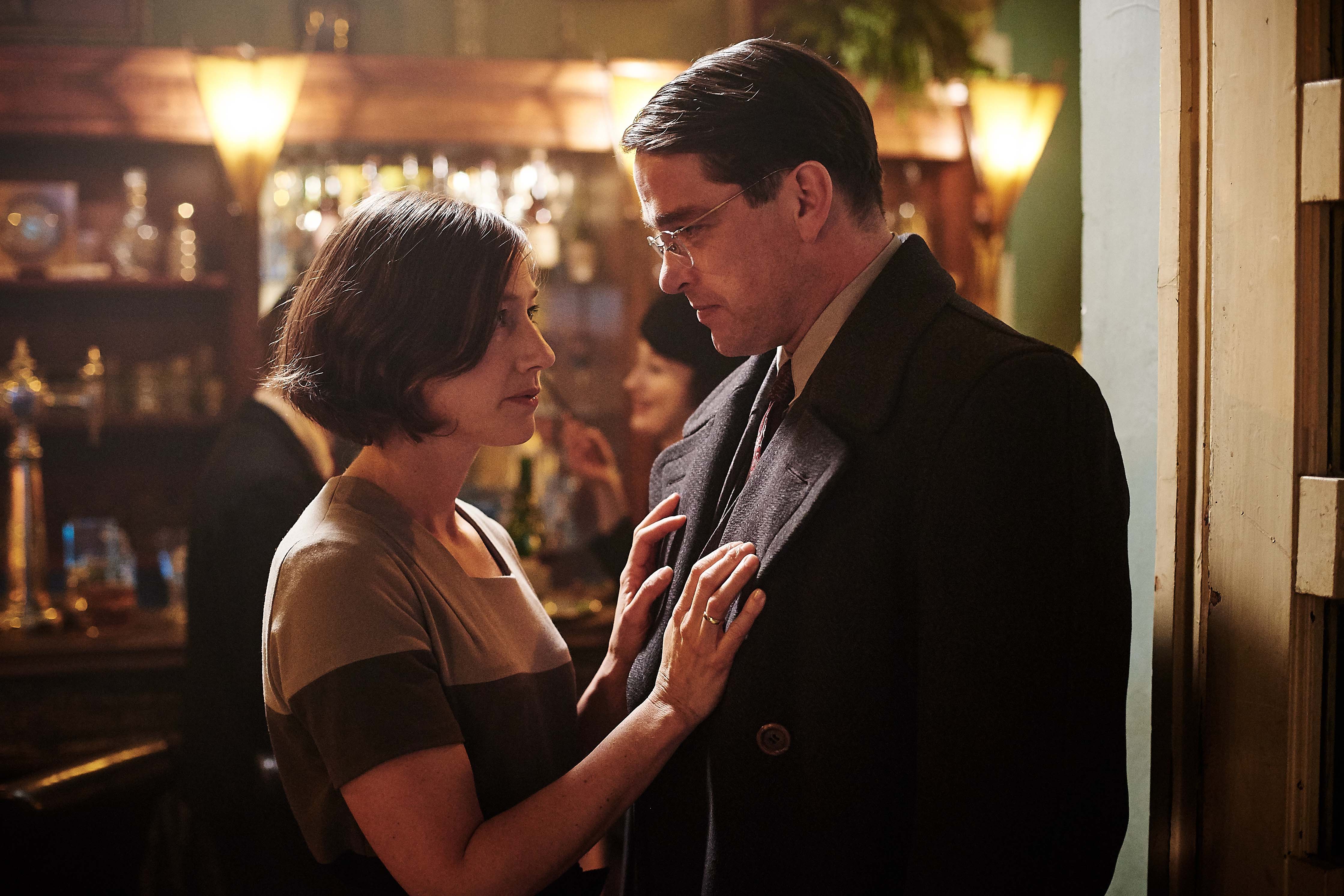 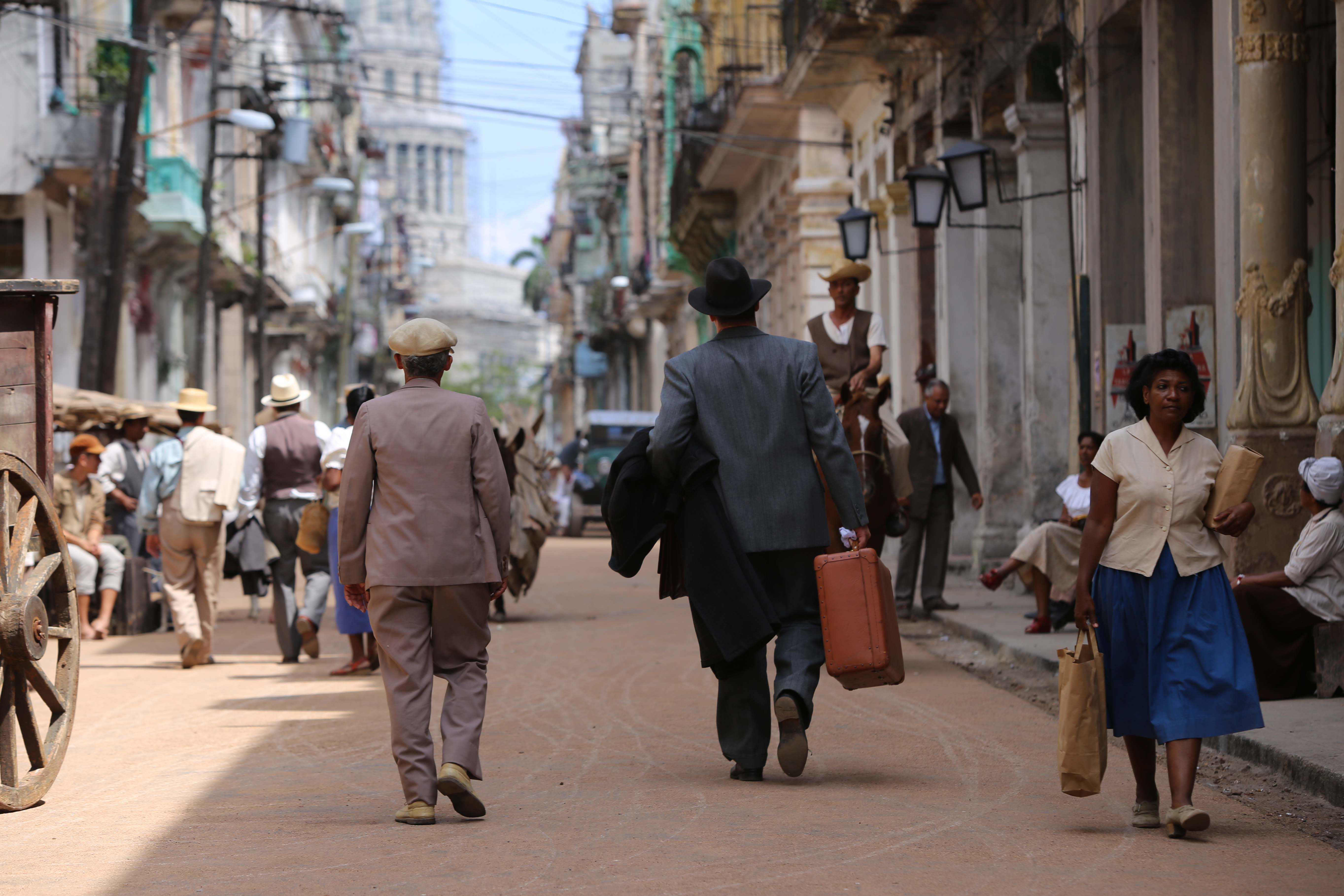 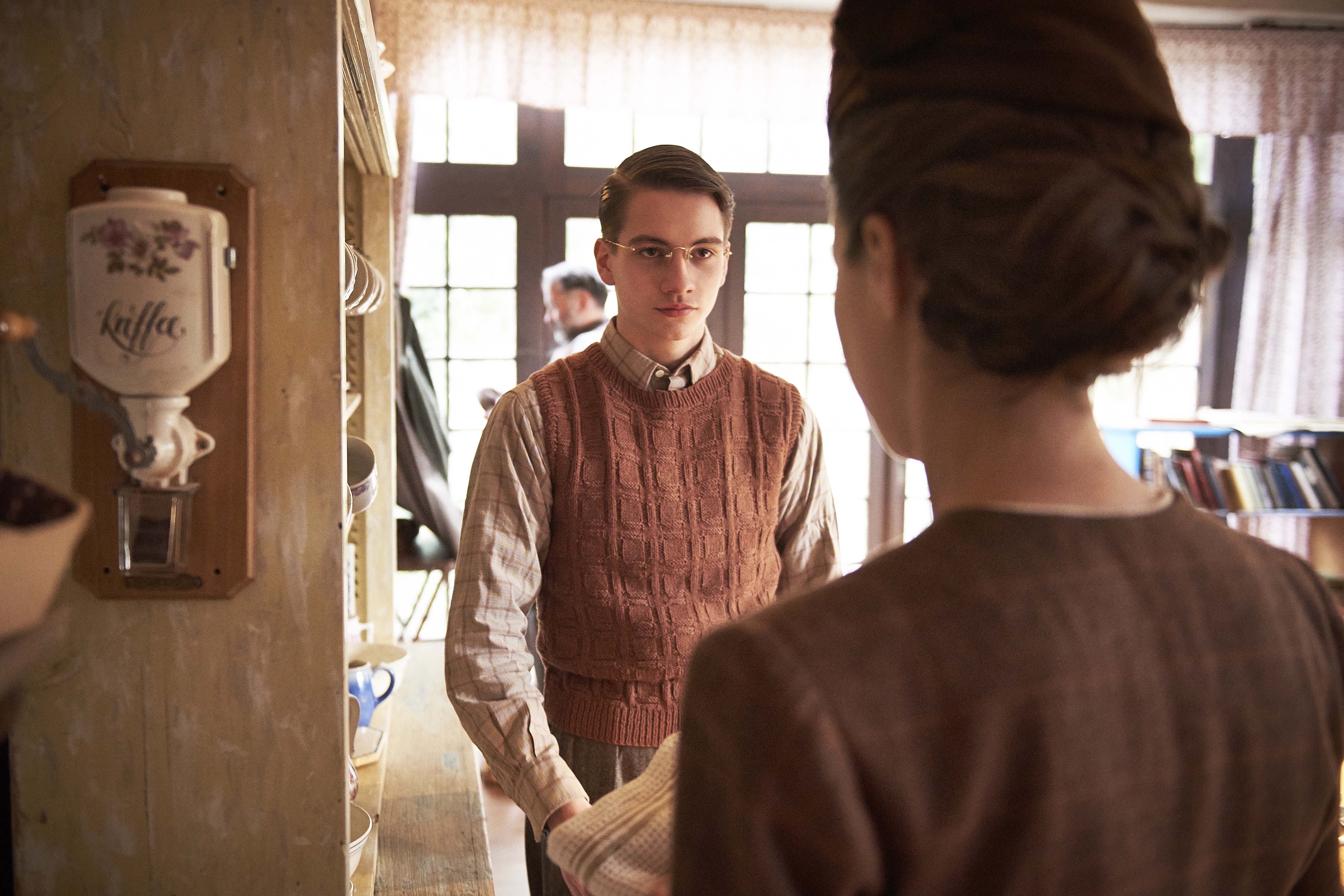 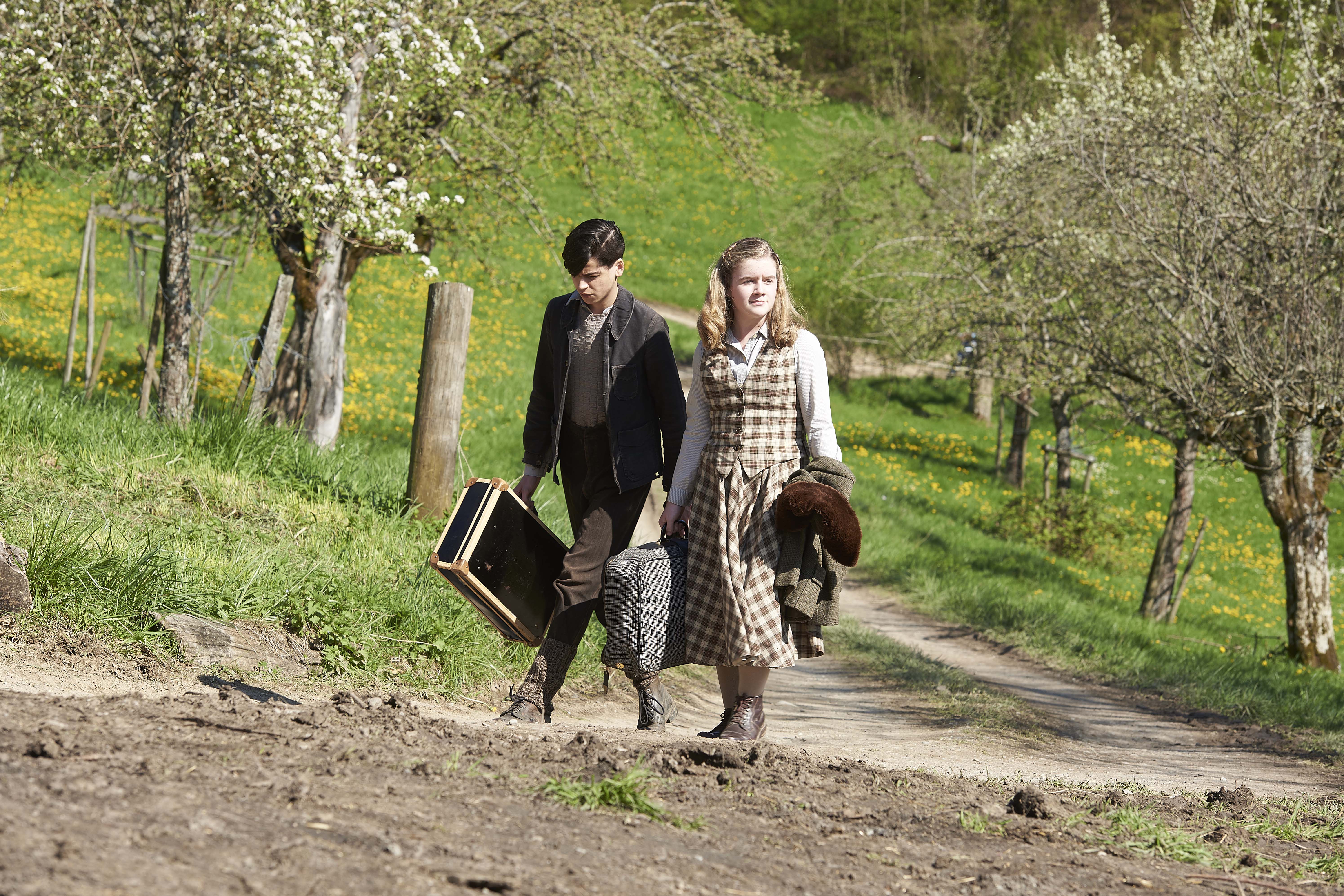 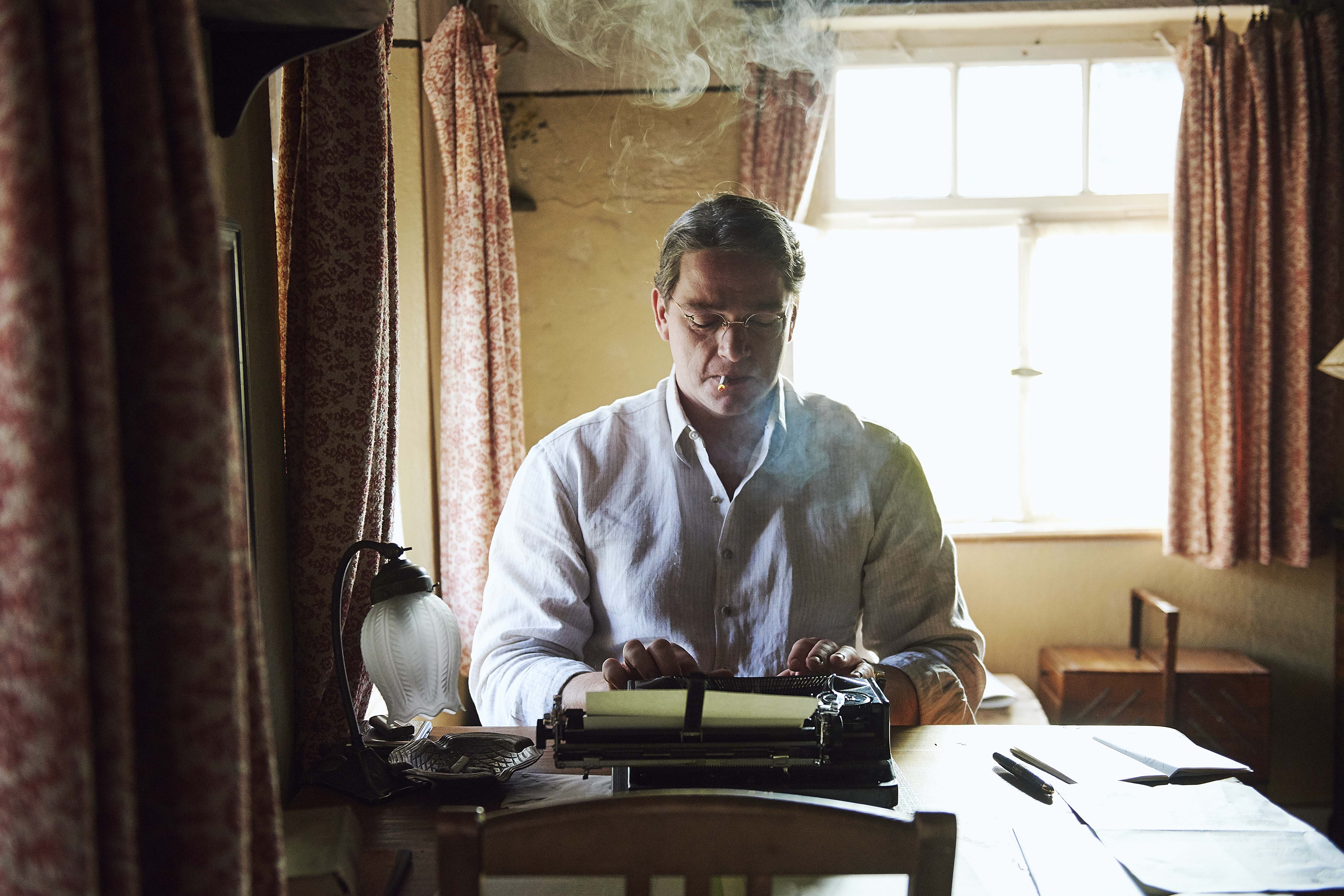 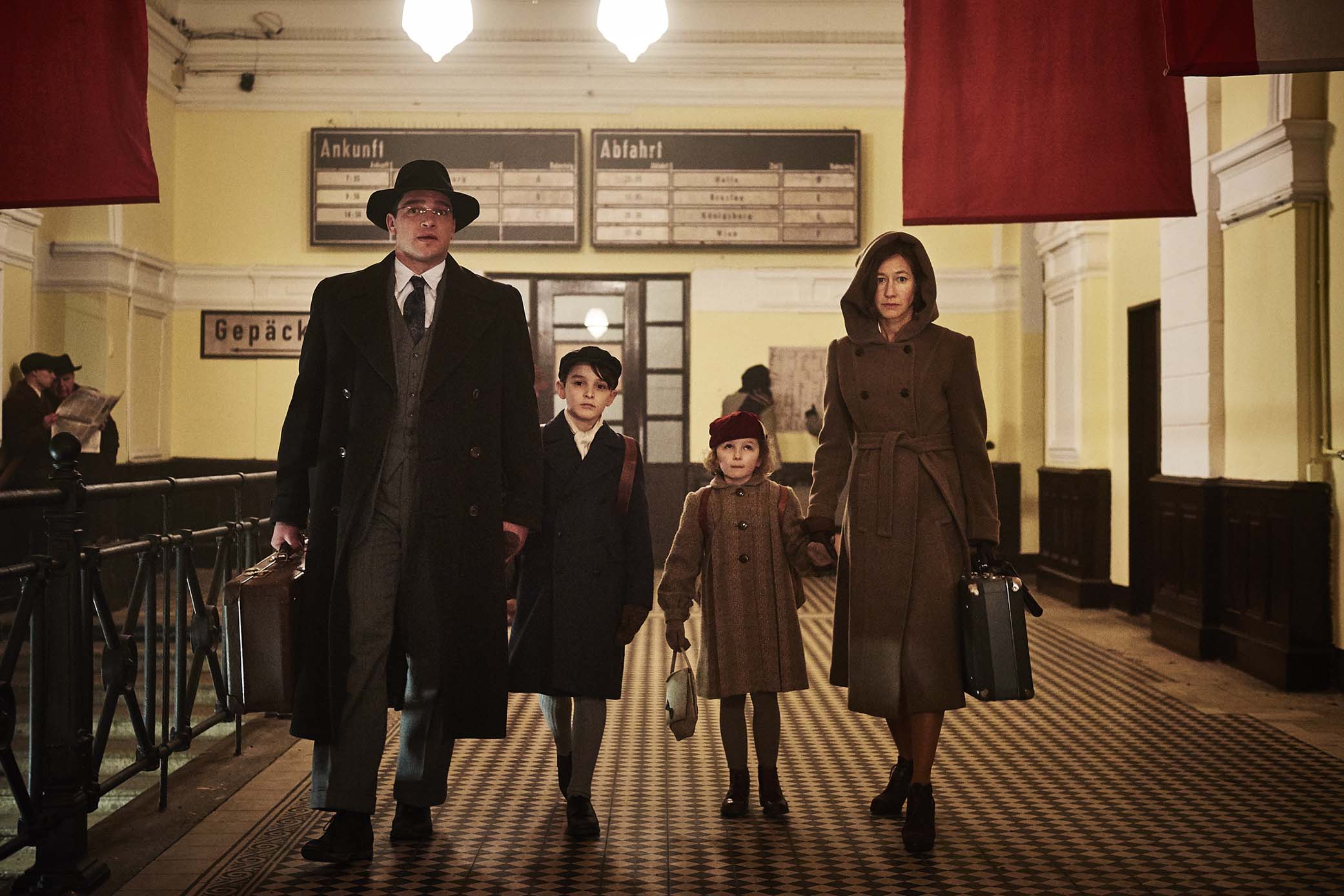 Justice is blind, but the heart can see

A German-Jewish judge and his family are torn apart by the Nazis and WWII, and have to struggle to rejoin their bond and find justice after the war.

The adaptation of the award-winning novel by Ursula Krechel tells the true story of a Judeo-Christian family who survived persecution and exile under the Nazis and returns to Germany after the war to try and start over again. But the traumatized parents, and their kids who grew up in England, have a hard time adjusting to life in postwar Germany.

An epic family saga spanning decades and continents, in a high-value UFA production, starring A-listers Ronald Zehrfeld ("Barbara", "In the Face of Crime") and Johanna Wokalek ("Die Päpstin - Pope Joan"), and directed by Matthias Glasner ("The Free Will", "Grace").

"A portrait of German Jewish identity in the 20th century."
This intense and exceptional film tells the true, carefully researched and gripping story of German-Jewish judge Richard Kornitzer, who had to flee from the Nazis and returned to Germany after the war to fight for justice. His uphill crusade remained in vain, an unsettling testament to the state of postwar West Germany. There could be no justice for what was done to Richard and his family, and certainly no way to make up for it. The terrible crimes of the Nazis twist the Kornitzer family deep in their innermost souls. Ronald Zehrfeld and Johanna Wokalek embody the Kornitzers movingly, drawing us in to the fate of this family, which stands for so many others like it.

"Redemption Road" is the story of an often-neglected chapter of WWII history, helping us to understand how war, exile and years of alienation can trigger a vicious spiral of physical and psychological destruction, at the cost of even the most important bonds - between parent and child and husband and wife.

Part 1: The Farewell, 96 min.
Berlin 1938. Richard and Claire Kornitzer are an elegant couple. He's a star judge who tries big cases even as a young man, Claire is a modern woman with a lot of style who founded her own commercial film company. It never made a difference Richard was Jewish - until recently. Now, Richard has been debarred and Claire has lost her company. They reluctantly decide to send their children George (8) and Selma (5) abroad to safety. Soon thereafter, Richard gets a visa for Cuba and has to leave Claire alone in Berlin. The Gestapo seizes her last possessions, preventing her from paying for a visa for herself. She's easy prey for the Gestapo Captain.
While Richard struggles to adapt to his exile in Cuba, the kids end up in an orphanage in England as war breaks out, believing their mother is dead. George comes down with jaundice and only survives thanks to his little sister's loving care. When Richard finally celebrates the end of the war in Cuba, the family has long lost touch. He has fallen in love with young teacher Charidad and has a child with her. In 1947, then, he gets a letter from Claire - the first in ten years. It's a moment he both feared and longed for. He will have to make a decision.

Part 2: The Return, 106 min.
Richard returns to Claire, intent on helping rebuild Germany, restoring justice and the rule of law. But he has to cut through a lot of red tape before he gets a job as a judge again. He's taken aback to see how many Nazi judges have kept their jobs after the war. Meanwhile, Claire is tirelessly searching for her kids, who are lost somewhere in England.
Finally, Richard's persistence pays off: He takes on a spectacular case, determined to reach a verdict on behalf of the victims of Nazism. At the same time, Claire tracks down the kids in England. But her hopes for getting their family back together are dashed: George wants to study in Great Britain, Selma wants to stay with her adoptive parents.
In his big trial, Richard finds himself torn between the victims and Nazi criminals. He tries to keep his high standards of morality intact, and fails. In his helpless desperation, he turns against his fellow judges, the former Nazi justices, getting mired in petty feuds over reparations and making a lot of enemies. It even threatens to destroy the great love between Richard and Claire. 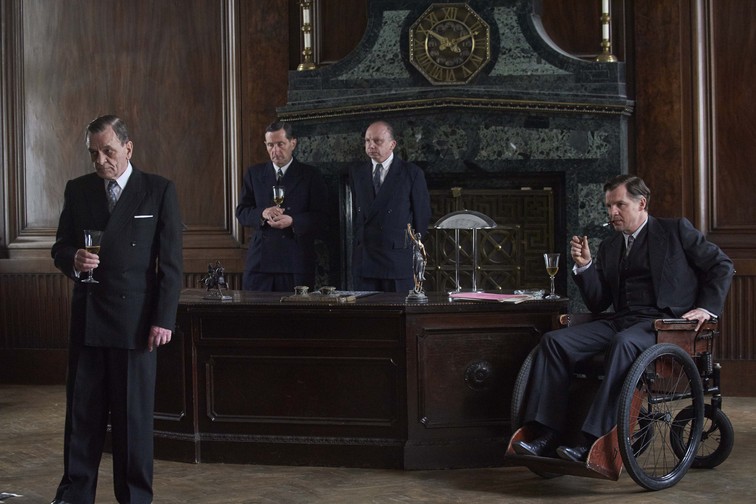 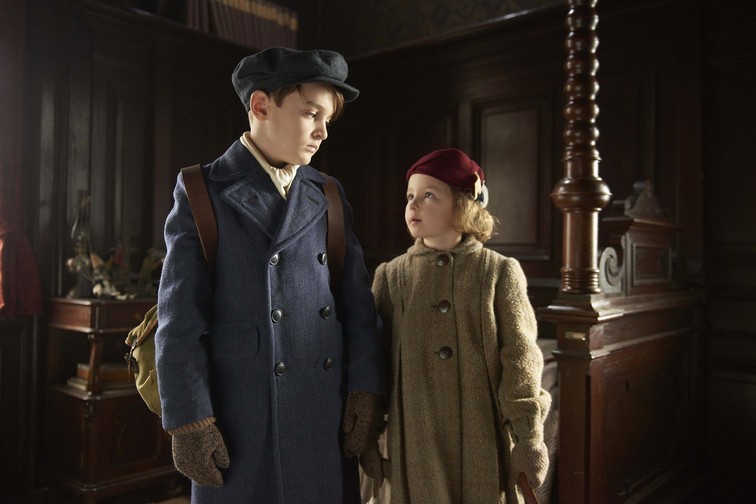 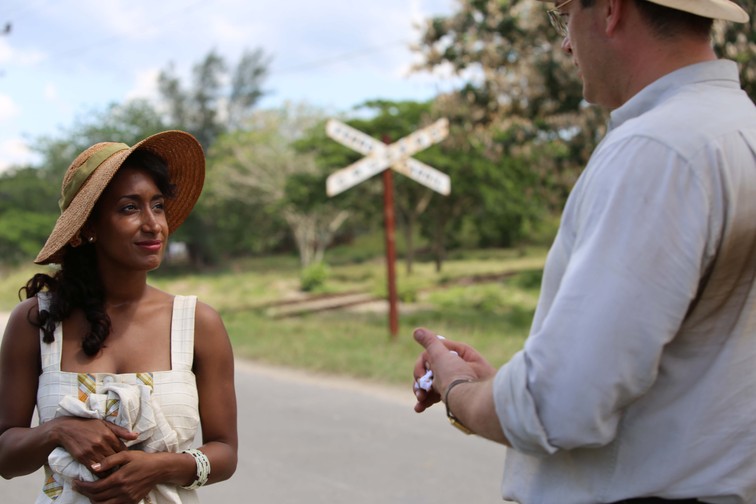 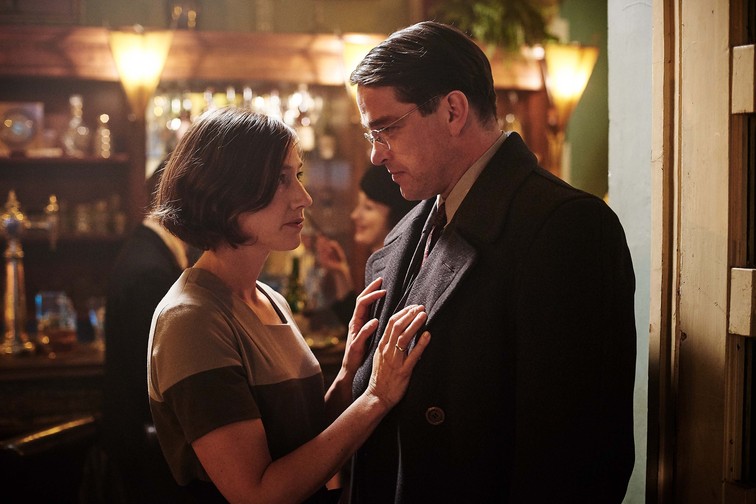 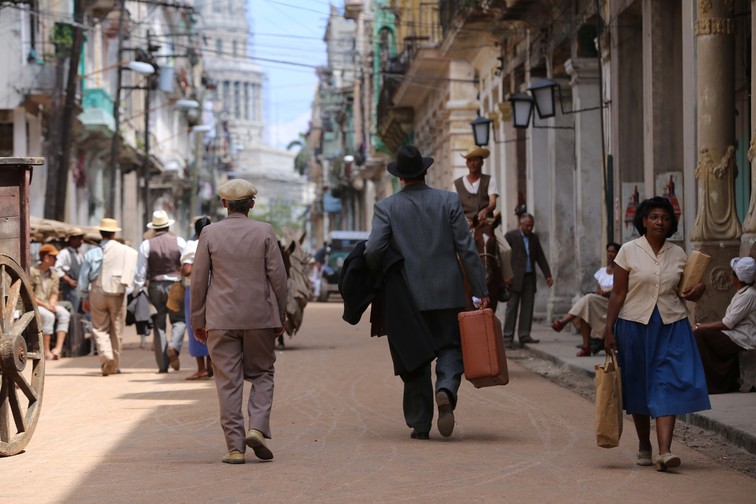 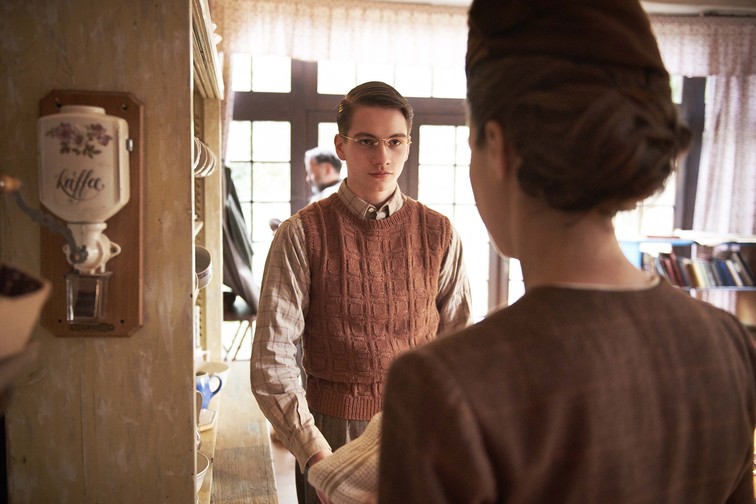 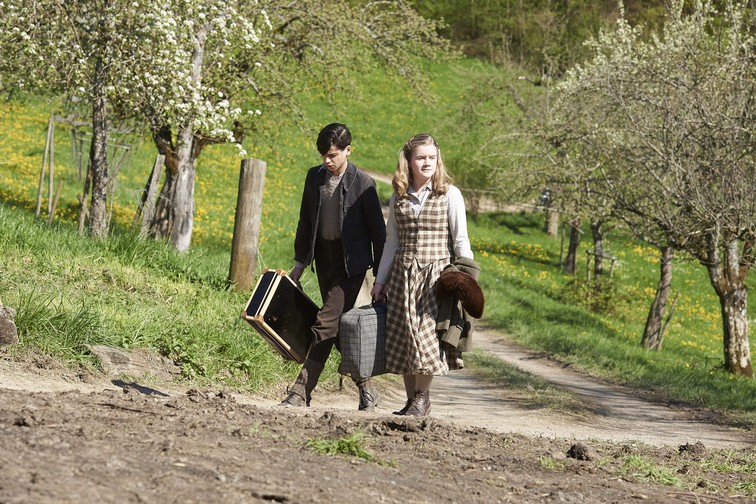 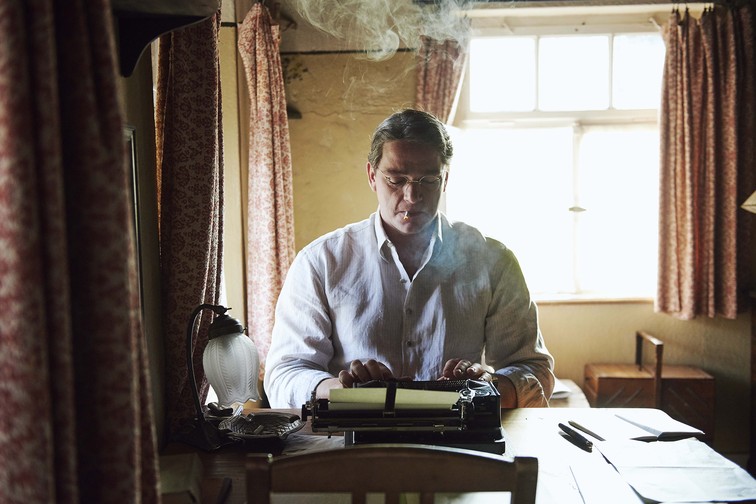 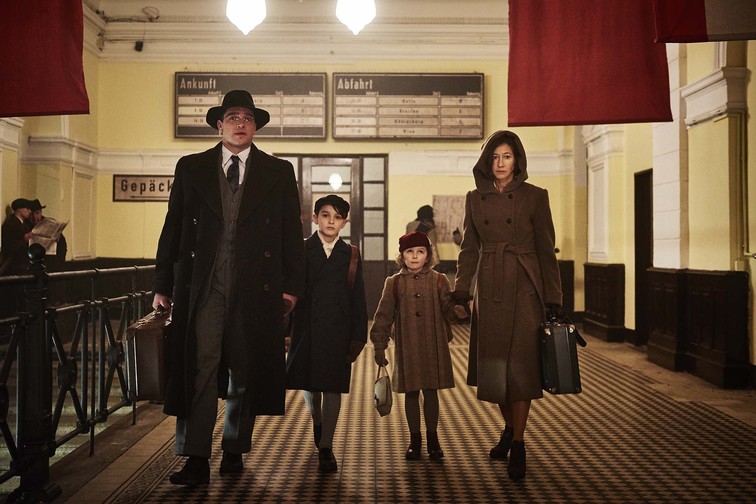 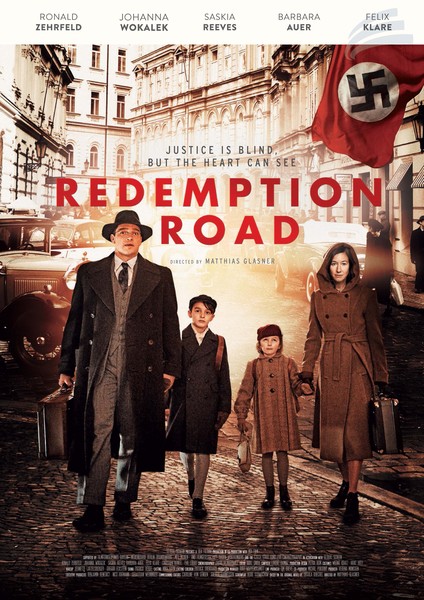